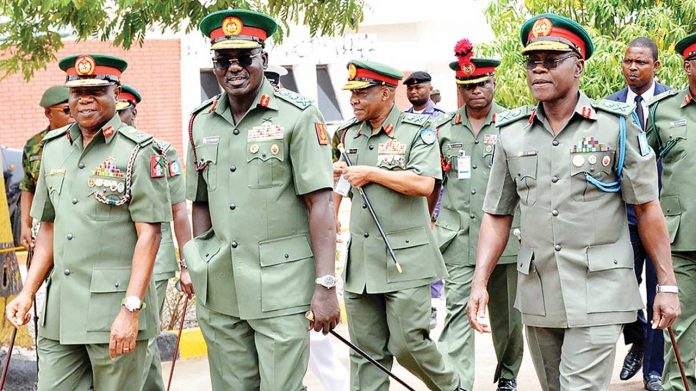 The military in Nigeria has insisted that so far, only 43 farmers died in Saturday’s Zabarmari attacks, not 110 insinuated by the United Nations on Sunday.

Defence Headquarters said on Monday that the UN’s figure was not correct at present, even though it agreed that things may change later on.

Saturday’s incidence shook many in Nigeria and across the globe, as the Boko Haram terrorists were reported to have descended on farmers, tied them up and slit their throat in unbelievably gruesome manner.

UN humanitarian coordinator in Nigeria, Edward Kallon, said on Sunday that at least 110 persons died in the attack, but the coordinator of Nigeria’s defence media operations, Maj. Gen. John Enenche told a Channels Television’s Sunrise Daily programme that the army counted and recorded only 43 corpses.

He said, “Some people ran into the bush and they started coming back and trickling in.

“As at 2 pm yesterday (Sunday), I called them and they got back to me at about 7 pm yesterday, still counting, looking if they will recover (more corpses). We call it Exploitation After Action Review.

“Probably we may count up to the figure he (Kallon) gave in the future but as it is now, what we have counted with the locals is still 43 and we are hoping that we don’t get beyond that.

Share your thoughts on the story Nigerian Army Counters UN, Insists Only 43 Farmers Died in Zabarmari with Nigerian Sketch in the comments section below.