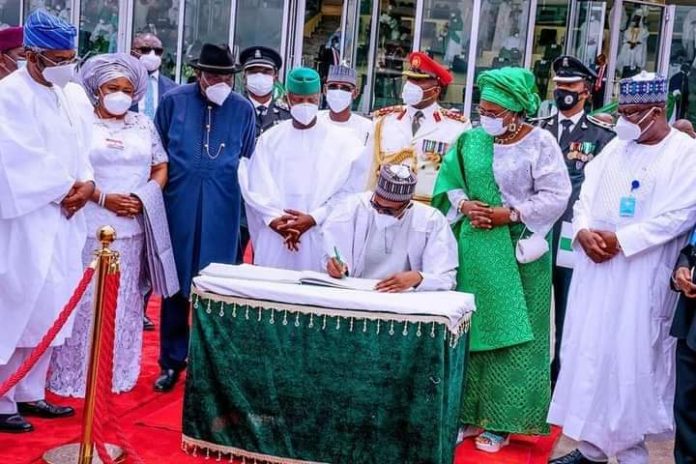 Nigerians’ reaction to President Muhammadu Buhari’s Independence Day broadcast was mixed, but most citizens were unhappy with his comparison of petrol price in Nigeria and Saudi Arabia.

President Buhari, whose pre-2015 disposition was that the price of petrol in Nigeria was too high, had actually inflated the price of recent and had justified his government’s decision by comparing the price with that of the product in other countries.

Buhari even gave a hint in the broadcast that his government may raise the price higher.

Buhari, who was furious with attempts by previous governments to raise the price of petrol, has been trying to justify same action using similar arguments that his predecessors have given, arguments he had vehemently rejected before he became president.

But citizens have said that President Buhari may not be smart enough to argue technical socio-economic issues at the spur of the moment, but that a prepared speech should be well thought out before it was read to a whole nation.

A barrage of comments faulted the president’s comparison of Nigeria with Saudi Arabia in especial, saying a Saudi citizen who earns a minimum wage of the equivalent of N300, 000.00 cannot be logically compared to his Nigerian counterpart whose minimum wage is a paltry N30, 000.00.

“Why would I bother to buy petrol at N200 per liter if our minimum wage is up to N300, 000.00. Considering my qualification and the years I have been working, I should be earning around N3 million naira per month. If that is the case, I won’t complain, and President Buhari’s analogy would have made sense”, said a civil servant who wrote to Nigerian Sketch privately.

He added, like many other who also wrote in, that “those who write speeches for President Buhari are grossly incompetent. They don’t think out what they write for him, and they have been causing him embarrassment.”