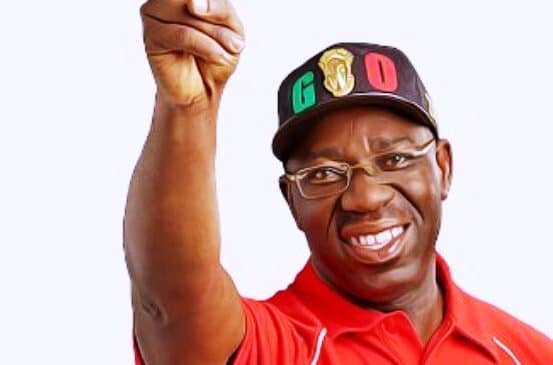 Nigerians have continued to react to the just concluded governorship election in Edo State, as the cyberspace was filled with varying analysis on why the result of the election came the way it did.

Reacting to the result, US-based Nigerian academic, Farooq Kperogi, said in a comment on Facebook that Obaseki’s victory may be deserved but was not intended to be realized by the federal government.

He wrote: “Godwin Obaseki’s humiliating trouncing of Adams Oshiomhole (who infamously said for democracy to thrive people must learn to accept the “pain of rigging”) isn’t just a victory over Ize-Iyamu, Oshiomhole’s wide-eyed flunkey; it is also a repudiation of Bola Tinubu who recorded an impudent, cringy, error-ridden broadcast days ago urging the people of Edo State to vote for another slavish stooge he was propping up in cahoots with Oshiomhole.”

Kperogi also insinuated that the US and UK’s threat of further visa ban on election manipulators may have put Nigerian officials on hold, forcing them to respect the popular decision of the people in Edo State.

“I observed in previous columns that Nigerian leaders have an infantile thirst for a paternal dictatorship, and see the United States as that all-knowing, all-sufficient father-figure to whom they bow in duteous awe.”

President Muhammadu Buhari reacted by saying election process in Edo State which led to the victory of Governor Godwin Obaseki was commendable.

Another Nigerian, VItus Ozoke, said in a Facebook post he entitled ‘Edo, The Eldorado!’ that the outcome of the election had nothing to do with a preference for PDP over APC, but everything to do with “two men – Adams Oshimole and Bola Tinubu. Edo people roundly rejected those two. And if the APC makes either of them its poster image, moving forward, it will suffer even worse calamitous outcomes in future elections.

According to him, “The other silent, but salient, factor in Obaseki’s victory in Edo State is primordial identity politics. There is this historical contestation between the Oduduwas and the Benins over ancestral primacy and supremacy. So, when Bola Tinubu put his thumb on the scale of Edo guber elections, intending to dictate and impose a governor on proud Benin people, it was perceived as an insult of historical consequence by a silent majority of Edo sons and daughters. He was promptly rebuffed with the reminder that Edo is not Lagos, which quickly became the slogan that defined the campaign and the election.

Fadilat Idris said “I don’t have any preference for Obaseki or POI, but the arrogance of Tinubu & oshiomhole is (sic) unbecoming. With their wings clip (sic) they should know that the people are in charge.

John Femi Adi, a journalist said “As a field journalist with over 16 experience, I have covered elections and I can tell you authoritatively that Edo Election is one of INEC’s Best.”

A foreign-based Nigerian lawyer,  Audu Bulama Bukarti, said “As INEC declares Obaseki winner, Edo teaches us that: We should keep faith and make our democracy work; Godfatherism is dead; Nigerians are damn resilient; Winning doesn’t depend on the amount of past/present governors you pack; APC, Buhari, INEC and the Police feel the pressure we all are putting.”

A Kano-based lawyer, Usman Umar Fari, also subscribed to the opinion that the influence of international pressures on Nigerian politicians played a huge role in making them “see reason not to thwart peoples’ popular decision.”

Share your comments with Nigerian Sketch in the comments section below.