NUREINI JIMOH: Senior Advocate Who Has Seen It All

In him is a lawyer who never takes anything to chance when it comes to litigation and meeting him in court means a lot of work for the counsel on the other side. Therefore, when he was named as one of the two from Kano to have made it to the silk rank on 2020, the news did not come as a surprise.

Many believe he was due for it long before now.

Jimoh’s journey to the Promised Land has been long and adventurous, having learned the practice of law from many masters, including J. B. Majiyagbe (SAN) & Co; Akin Delano, (SAN) & Co; Olujinmi (SAN), Akeredolu (SAN) & Co as well as Ayodele (SAN), Gafar & Co.

And for a man who was first trained as a teacher, Jimoh has paid his dues in many ways.

He went Ibadan Christ Apostolic Grammar School for his secondary education, after which he went for his A-Level for two years before proceeding to the Federal College of Education, Okenne in Kogi State for three years. 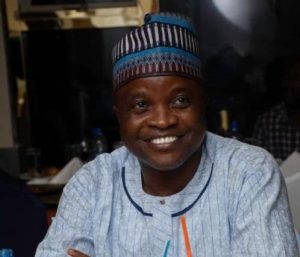 After all that, he taught for three years at a Teachers’ Training College in Kogi State, taught at various secondary schools in Ogborimogogo and Sango High School in Ibadan.

Thereafter came the study of Law at the University of Benin, went to the Nigerian Law School and underwent a Master’s Degree in Law at the Bayero University, Kano.

Since he started practicing Law in Kano, Jimoh has been a visible participant in the Kano branch of the Nigerian Bar Association (NBA), holding the position of secretary, and chairman, Disciplinary Committee, in addition to his participation in the politics and social activities of the branch.

In 2019, he was engaged as counsel in the presidential legal team retained by the All Progressive Congress to defend the mandate of the then president-elect, Muhammadu Buhari and vice president-elect, Yemo Osinbajo whwre he worked with a number of Nigeria’s best lawyers led by Lateef Fagbemi, SAN.

He is a recipient of various award of recognition from many institutions, including Best Graduating Student Award in Religious Studies, Federal College of Education, Okene 1986; Award and Recognition Pin of Integrity by the Economic and Financial Crimes Commission (EFCC); Award by Young Lawyers Forum, NBA Kano Branch; Warrior of Human Right by “Kungiyar Masu Rajin Tabbatar Da Yancin ‘Yan Karamar Hukumar Dala; Vocational Service Award of Excellence for Exceptional Dedication in Pursuit of Justice by Rotary club of Nassarawa – Kano; Award of Honour for Outstanding Commitment to serve and Humanity by Rotary Club of Nassarawa; Pillar of Support by Women Development Initiative; and the  Exceptional Award of Excellence by Joint Association of Rotaract Clubs in District 9125.

For the 15 years that his Nureini Jimoh Chambers has been running, he has worked with a sizable number of juniors who have gone ahead to establish their own successful law firms, and as of the time this piece was published, eleven juniors are working and getting fine-tuned in the busy law firm.

Nureini Jimoh Chambers is one that has conducted more than thirty (30) pro bono cases for indigents and needy litigants from Magistrate Court to various stages of appeal, according to available records. Fifteen of these cases were prosecuted to the Supreme Court free of charge inclusive of non-payment of filing fees, compilation and transmission of record, transportations, accommodations, services and other miscellaneous.

The Law firm does free notarization of documents and processes; free training and education of indigents and needy around the Chambers; and built a computer center in NYSC Kano office as part of corporate-social responsibility.

Happily married to Maryam Asmau Nureini (aka MM) with children, Jimoh said God has been so good to him to have given him a wife who has remained a source of strength.

When he is not practicing Law, Jimoh said he likes to participate in sports, adventures, listening to oriental music and dancing.