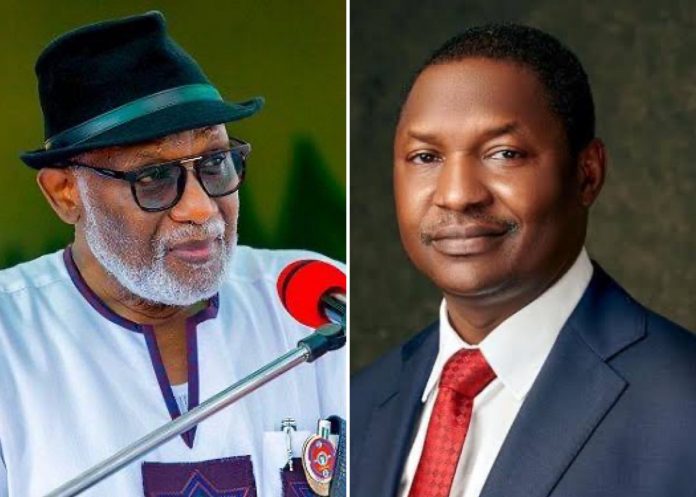 The banning of open grazing of cattle by governors of southern Nigerian states has pitched them against the attorney general of the federation (AGF) and minister of justice, Abubakar Malami, SAN.

The minister during a TV show on Wednesday categorised the southern governors’ last week ban on open grazing as equivalent to banning of spare parts sales by northern governors.

The southern governors met last week in Asaba, the Delta State and agreed to ban open grazing as part of measures to address insecurity, particularly killings and kidnapping by armed herdsmen.

According to Malami, the ban was unconstitutional and “It is as good as saying, perhaps, maybe, the northern governors coming together to say they prohibit spare parts trading in the north.

On Thursday, the southern governors responded by saying the AGF’s comment fell short of what Nigerians expected from the chief law officer of the country.

Chairman of the Southern Governors’ Forum and Ondo State governor, Rotimi Akeredolu, said in a press statement on Thursday that the ban on open grazing will remain in place.

He said the Malami’s statement was unfortunate and unexpected from a senior advocate.

According to Akeredolu, “It is most unfortunate that the AGF is unable to distill issues as expected of a senior advocate. Nothing can be more disconcerting. This outburst should, ordinarily, not elicit response from reasonable people who know the distinction between a legitimate business that is not in any way injurious and a certain predilection for anarchy. Clinging to an anachronistic model of animal husbandry, which is evidently injurious to harmonious relationship between the herders and the farmers as well as the local populace, is wicked and arrogant.

“Comparing this anachronism, which has led to loss of lives, farmlands and property, and engendered untold hardship on the host communities, with buying and selling of auto parts is not only strange, it, annoyingly, betrays a terrible mindset. The decision to ban open grazing stays and it will be enforced with vigour.”

Also, Ohanaeze Ndigbo, disagreed with the AGF, saying in a statement by its spokesman, Chief Alex Ogbonnia, on Thursday that the AGF was “thoughtless, insidious and prejudicial”, adding that his statement was “malevolent, ominous and incendiary.”