Residents of Malali in Kaduna woke up on Sunday to meet most of their houses demolished by Kaduna State government.

Nigerian Sketch gathered that the demolition exercise began around 11pm on Saturday while residents were sleeping.

Eye witnesses said half-naked men and women ran into the street to avoid being crushed to death.

Reports have it that the demolition team rounded off the exercise around 6am Sunday morning, leaving rubbles on the ground and devastated residents in tears.

Shops and stores owners who left the area yesterday came back to meet businesses worth millions of naira already destroyed in their absence.

Ado said “thieves have been carting away with peoples items while the government team was demolishing houses and shops in the middle of the night.” 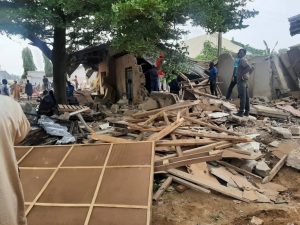 As at the time this story was published, Malali was a gory sight, with people standing by the road side, some of them clinging to the few properties they were able to salvage.

Others were begging for clothes to cover their nakedness, while children could be seen running around as their parents grieve. 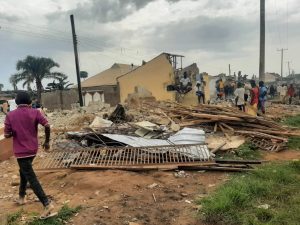 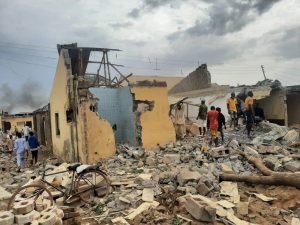 A government official said the demolition exercise was in furtherance of Governor Nasir El-rufa’i’s urban renewal project in Kaduna State.

Share your thoughts on the story Pandemonium in Malali as El-Rufa’i Demolishes Settlement Overnight with Nigerian Sketch in the comments section below.