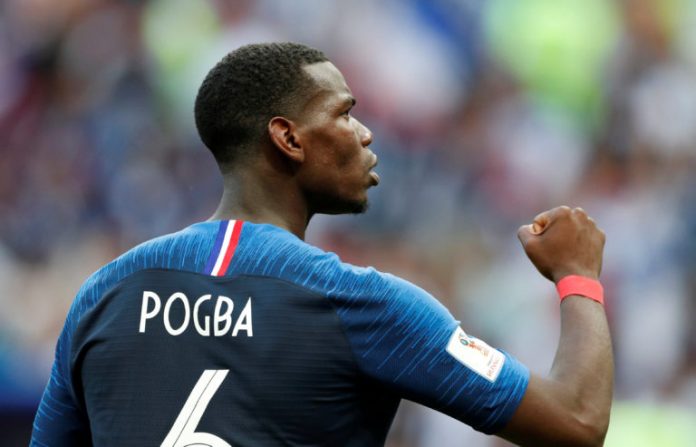 Paul Pogba has claimed that being with the France national team is a ‘breath of fresh air’ and suggested that life isn’t ‘happy’ at Manchester United, Sportbible has reported.

Whilst Pogba has been on international duty this week, France manager Didier Deschamps has taken the time to aim digs at United about their use of the midfielder.

Speaking last week the national team manager said, “Paul, I know him well and he knows the group well. He is in a situation with his club where he cannot be happy, neither with his playing time, nor with his positioning,” and following the former Juventus player’s mistake in a 2-0 loss to Finland, Deschamps doubled down, saying, “Like all the players who have a situation in a club that is not positive, beyond the athletic aspect, they are also impacted on the mental level.”

France followed that embarrassing loss with a win over Portugal and now Pogba has agreed with his manager about his happiness in the French squad being different to his time at Old Trafford.

“This is a period, the kind of which I have never experienced in my career. The French national team is a breath of fresh air… We are very happy to come here and all very happy to see each other again, he told RTL.

“It is not the same as with the club… We all group together, it is magical. We realise that everyone is happy to come and that makes a difference.”

Pogba spent much of last season injured for United but the break in the season because of COVID-19 allowed him to come back into the side for the end of the season.

His partnership with Bruno Fernandes, who he came up against in the Nations League game on Saturday, began to flourish.

This season however Ole Gunnar Solskjaer’s side have been inconsistent and in recent weeks the 27-year-old has found himself out of the starting lineup.

Fernandes has often played as the sole attacking midfielder in front of the double pivot of Fred and Scott McTominay.

Pogba’s contract at the club he re-joined in 2016 was due to expire next summer. Initially it looked like he would sign a new deal but that has yet to happen so the club have activated another year on his contract.

There has long been rumours about him leaving the club and that extra year will at very least protect them from losing their most expensive player for nothing at the end of the season.

Share your thoughts on the story Paul Pogba Indicates He’s Unhappy at Man United, with Nigerian Sketch in the comments section below.