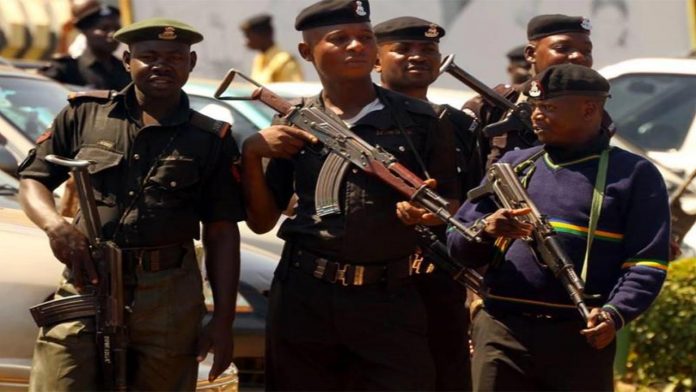 Pauperizing the Police to Protect the Public?

In theory, and pursuant to the expectations of the United Nations, the ambition of having the police is to police the society with certain degree of pride that commits him or her to the promotion of professional excellence.

In the spirit of this ambition, the police are required to maintain the highest standard of education in the field of duty, as well as a good mental and moral strength to resist negative temptations. The law gives them the protection to protect the life and property of the public. This is the norm, or practice all over the world.

However, from what is happening today in Nigeria, it looks like ab initio, the country had a reversed ambition, with regards the purpose of having the police.

Looking through a viral video footage from a documentary compiled by the Channels television showing the pathetic plight of police cadets on training in one of the Nigeria police colleges, alongside what is happening in the country now, where some people are virtually calling for the scraping of the police, because they feel they are not performing according to their expectations, one cannot but call Nigeria a country of the half hearted.

The video showed the sad state of the college, with the cadets sharing food under shaky situation, with rickety infrastructure that looked ravaged and ramshackle. The food doesn’t look fit even for animal consumption. The students were urinating and defecating either at the back of their hostels, or in tattered toilets with completely broken drainage systems. The beds, looking worse than what we see in the IDPs, the electricity supply, water supply and even the ventilation system, clearly and correctly illustrate the proper meaning of the word, dilapidated.

Indeed the footage had elicited a lot of concern from almost all the people that I forwarded it to. Some called it terrible, some said sad, while a retired police chief said, I am happy that finally, the chicken is coming home to roost.

Surely the chicken has come home to roost, but unfortunately, the way and manner Nigeria and Nigerians are treating the police would not permit the country to reap something good, or settle down to rest or sleep. You cannot harvest rice, after planting sorghum. Not even a magician can do it.

Of particular interest is the response of another friend, thus, “Hmmm, I saw this video before now. It’s really pathetic. But it isn’t only the Police that their situation is this bad. Even our university students, their situation is similar or worse because some don’t even get the too small ration of food that the Police trainees are given since govt isn’t responsible for their upkeep. For the hostels, its similar or worse. The problem cuts across all sectors. One doesn’t know from where to even begin any reform. But importantly, the underlining problem is that of reducing corruption, having a clear destination for the country and setting achievable targets and timelines, all of which people expected this government to do. May be the government promised too much without understanding the enormity of the task, which is why people are highly disappointed and frustrated, since the high expectation was the reason they elected it into power. Another frustration for many people also is that after 5 years in office, people are not seeing any semblance of hope; but rather politics of blame on the previous government, which was the reason it was voted out”.

I am particularly appalled by the deception of the so called Human Rights activists that are fighting for the scraping of SARS, or even the police, when they know, and are very much aware of the “Human Wrongs”, meted out to the police in school, and the larger society. Why are they refusing to champion the cause of such neglect? It’s either they are culpable, or completely compromised.

We cannot continue to blame the police for poor reputation, without taking  measures to address the poor training they receive in poor training facilities, their poor pay and poor living conditions, which could have direct effects on their psyche and method of approaching the public.

As pointed by another pundit, “To all police officers, today, the people you protect with your blood rejected you. The Government and your leaders turn their back against you. This shouldn’t deter you. Consider this as trial moment for you, and, it will soon be over. God knows your situation and will fight your battle. It is time for you to be strong and courageous. Remain resolute and steadfast. Also, remain loyal to constituted authority. Always remember your oath of allegiance. Be patient, at the end of it all, the victory would be yours.”

The public should not expect to be properly policed and protected, by a police that is financially pauperized and psychologically traumatized.