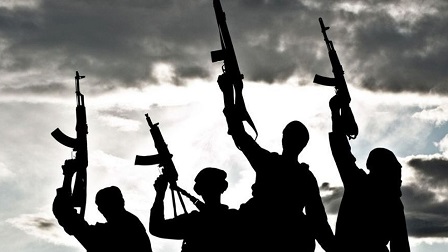 Operatives of the Imo state Police Command have attacked and killed a notorious kidnapper and armed robber, Osita Ogbuiri aka Shina Rambo, who had terrorised the people of Ohaji Egbema local government area and environs for years.

According to a press release issued by the command’s spokesman, CSP Mike Abattam and made available to newsmen, Thursday, “The command’s tactical teams after diligent gathering of both technical and credible intelligence, trailed one Osita Ogbuiri ‘m’ aka Shina Rambo, a native of Mmahu in Ohaji/Egbema LGA of Imo State, to their hideout in Utuma/Ukwa, a boundary between Abia and Cross River States.

“A notorious criminal, who has been on the wanted list of the Command for his involvement in violent crimes like armed robbery, kidnapping and terrorism was among the inmates that escaped from the Imo Correctional Centre Owerri, on the 5th of April, 2021 jail break, while serving life imprisonment for the murder of two persons.

“The hoodlums on sighting the police operatives engaged them in a gun duel, but were overwhelmed by the superior fire-power and professional dexterity displayed by the gallant police operatives. The escapee serial killer kingpin, Osita Ogbuiri aka Shina Rambo was neutralised in the process while others escaped with bullet wounds. One pump action gun with seventeen (17) expended and four (4) unexpended cartridges were recovered at the scene,” he said.

Share your thoughts on the story Police kill notorious kidnapper Shina Rambo in Imo with Nigerian Sketch in the comments section.