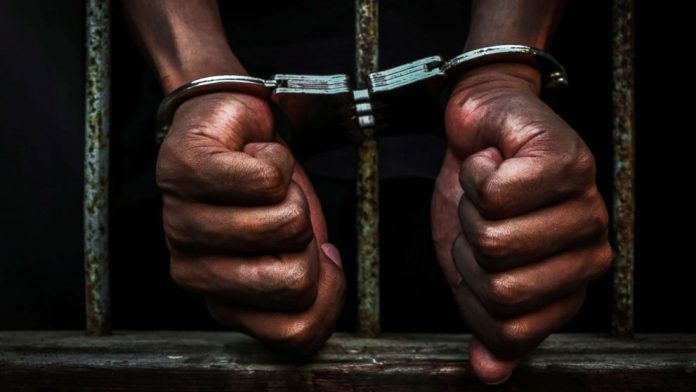 The Osun State police command paraded a pastor, Olagunju Adetunji, and a security guard, Adewumi Gbadamosi, who were arrested with human parts in Osogbo.

The suspect parade was done by the commissioner of police in the state, CP Wale Olokode, at the command headquarters in Osogbo.

The security guard confessed that he had killed a young boy and took parts of his body to the pastor who requested them for rituals.

He said, “The boy scaled the fence of a building I was guarding and I caught him. He said his name was Kehinde when I interrogated him. He attempted to run away and I shot him.

“After shooting him, I became scared. So, I decided to sever his body. I threw some of it into a stream. I gave the head to a pastor because he said he needed a globe, (human eye).

“No one knew that I shot or killed the boy; I severed the body to evade arrest. I still have in my custody the two hands and legs of the deceased,” he said.

But the pastor, Adetunji, wno ministers at the Cherubim and Seraphim Church at Kajola, said did not receive any human part from the security guard.

The police said investigation is ongoing to unravel what really transpired between the two before prosecuting them.

Share your thoughts on the Police Parade Pastor, Security Guard Caught With Human Parts story with Nigerian Sketch in the comments section below.