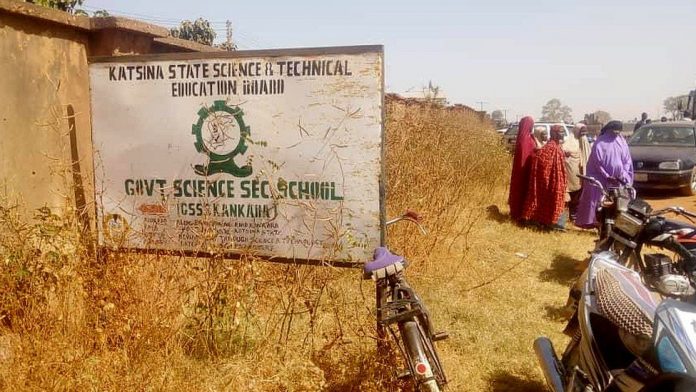 Presidency Says Only 10 Kankara Schoolboys, Not 333, Remain with Captives

The presidency in Nigeria has said only 10 students of Government Science Secondary School, Kankara, Katsina State remain in captivity, disputing the figure given earlier by the state governor and the school authority.

The governor, Aminu Bello Masari, had on Sunday said 333 students were still missing after a headcount that followed the return of 200 who ran into the bush for safety when gunmen attacked the school late Friday.

President Buhari’s spokesman, Garba Shehu, told the BBC Hausa Service that only 10 boys are now with the bandits.

“About 800 pupils were enrolled at the all-boys school in Katsina state and about half remain unaccounted for.

“The attackers are thought to be seeking ransom, Mr Shehu said.

“The government has blamed the attack on bandits, a loose term for gangs operating in the area.

“The criminal elements, bandits, will be crushed. They will be eliminated,” he added.

“The children believe that 10 of their schoolmates were taken by the bandits, but this still needed to be verified, Mr Shehu added.

“School authorities are speaking to parents to establish how many students have returned home and how many others could still be scattered across a large area after fleeing the attack,” the BBC report said.

Share your thoughts on the story Presidency Says Only 10 Kankara Schoolboys, Not 333, Remain with Captives with Nigerian Sketch in the comments section below.