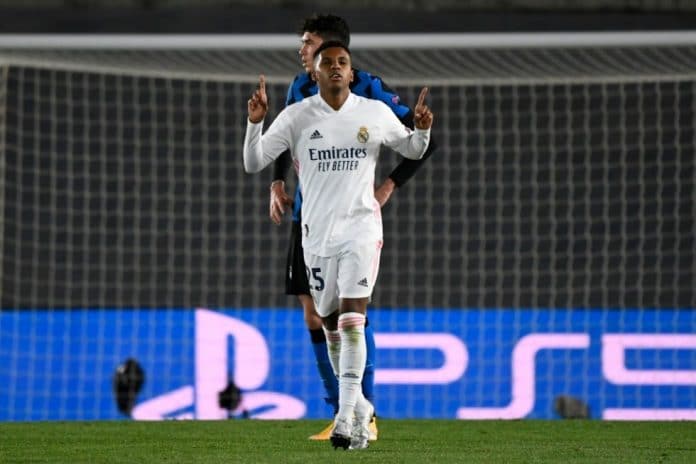 Madrid managed to get out of the bottom of the group in what they would hope to be the revival of their campaign.

A victory in last night’s five-goal thriller against Inter Milan salvaged the Spanish champions as Madrid won 3-2 at their temporary home at the Estadio Alfredo di Stefano in the outskirts of Madrid.

Rodrygo’s late strike gave Madrid the winner after Inter managed to equalise from two goals down earlier in the match. This is Real Madrid’s first win of the season, after having lost to Shakhtar Donetsk in their opening match and only managing a draw in their clash against Borussia Monchengladbach last week.

Karim Benzema opened up the score sheet as he put up a brilliant display in the 25th minute against Inter’s Samir Handanovic. Real Madrid’s second goal in the 33rd minute was yet another one of those masterful headers by captain Sergio Ramos off a Toni Kroos corner. The goal marked Ramos’ 100th goal for the club and put them 2-0 ahead.

However, just two minutes later, Inter was able to find a reply as Lautaro Martinez scored from Nicolo Barella’s backheel pass. Madrid carried the lead into the halftime break but the clubs were soon on equal footing after the restart.

Ivan Perisic scored the equaliser from a Martinez header after 68 minutes, and Real Madrid found themselves under enormous pressure to stay alive. After having brought home only a single point from their first two outings, the 13-time UEFA Champions League winners needed a victory to avoid an embarrassing early elimination.

Luckily for the home side, Rodrygo was around to play the role of Real’s hero for the day. He linked up with fellow Brazilian Vinicius Jr. for a powerful strike that found the back of the net in the 80th minute.

As it stands, German side Borussia Monchengladbach leads Group B with 5 points. Shakhtar and Real Madrid are level on 4 points each while Inter has now landed at the bottom of the pile after securing only two points in three matches.

Gladbach secured the top position after a 6-0 thrashing over Shakhtar. Real Madrid will be looking forward to facing both of those teams again, for an opportunity to redeem themselves from a shaky start to the season.

Share your thoughts on the story Real Madrid Escape Group Bottom in 3-2 Win over Inter Milan with Nigerian Sketch in the comments section below.