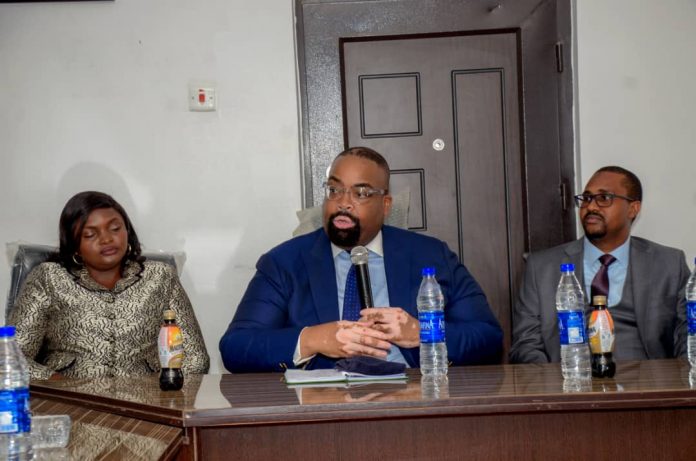 Reforming Nigeria’s Justice System is Beyond the AGF

President of the Nigerian Bar Association (NBA), Olumide Akpata, has said that the reform of the Nigerian justice system is beyond the capabilities of the attorney-general of the federation (AGF).

Akpata hinted at a consultative meeting with members of the association in Kano on Thursday that he would soon seek to meet with President Muhammadu Buhari on how to put the nation’s judicial system on the right track.

“I would not be seeking to meet the President just for photo ops. Not at all. My administration would be involved in the reform of the system, and this is beyond the AGF. He can’t solve the problems of the judicial system.

“There must be the direct involvement of the president, and we are going to prompt that”, he told the gathering of lawyers that included members from Kano and Ungogo branches.

He said from the appointment of judges, the issues of their performance, the issue of corruption and even lawyers’ attitude towards their job, a holistic approach is required to make any functional impact.

The NBA president said since his election, he has put all electioneering issues behind him as he has “no single vindictive bone” in his body, adding that his aim has been to work for all members and all the Nigerian society.

“We must find a commonality of purpose on how to move the Bar ahead, and make the association so attractive that no member will nurse any ambition to break away”, he said.

Nigerian Sketch reports that he also said he has plans on how to build the capacity of lawyers in Nigeria to practice proficiently, profitably and professionally.

Share your thoughts on Mr Akpata’s position in the comments section below.