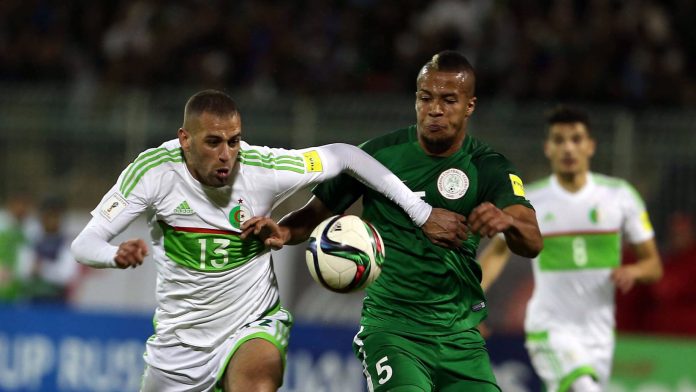 Super Eagles’ manager Gernot Rohr, said on Friday that the team’s friendly matches against Algeria and Tunisia are not good enough to tune up his players ahead of the African Cup of Nations (AFCON) qualifiers scheduled to begin next month.

Nigeria loss 1-0 to Algeria on Friday, and are billed to face Tunisia in another friendly on Tuesday.

The game against Tunisia will also in Austria by 7.30 p.m.

Speaking in a visual interview with journalists on Friday, Rohr said Cote d’Ivoire’s withdrawal from their earlier scheduled friendly against Nigeria affected his game plans for the AFCON campaign, explaining that playing against Algeria and Tunisia  (both North African teams) in the tune-up games is not the best for them.

Rohr said West African teams are more aggressive on the ball and would have provided the requisite challenge that will give Eagles’ players, who are mostly based in Europe, the true taste of football in Africa, which they need before the AFCON qualifiers begin next month.

“The friendlies against Algeria and Tunisia will not give my players a guide on how to handle the West African teams, who are more aggressive in their style of play.

“We are playing against Sierra Leone in Nigeria next month and I believe my players will be in top form to give the team a good fight. The invited players for the friendlies are in high spirit to give their best in the next game against Tunisia,” he added.

Nigerian Sketch gathered that Super Eagles commenced training on Sunday ahead of tomorrow’s game against Tunisia.

Rohr said his team for Tuesday match would better than the Friday squad that loss to Algeria.

He agreed that his team played badly on Friday against Algeria, but asked his players not be distracted by the loss and buckle for the Tunisian challenge tomorrow.

Super Eagles’ media officer, Toyin Ibitoye, told reporters that “the Eagles will be better. We plead with football-loving Nigerians to keep supporting us despite the defeat by Algeria.

“The Eagles will surely correct their mistakes when they face Tunisia. It would be another tough game because Tunisia won their first friendly game and will come into the match with a high level of confidence. But the Eagles will be ready.”