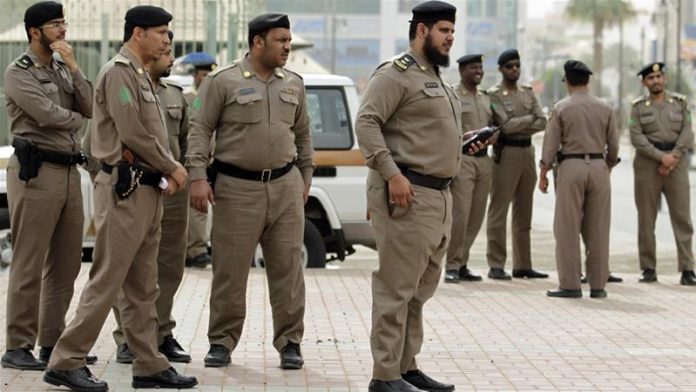 The police in Saudi Arabia on Wednesday arrested a father after a shocking video went viral on social media of him beating up his young daughter.

Makkah police spokesman, Maj. Mohammed Al-Ghamdi, said the father, who is in his 40s, had filmed the abuse and published the video himself, Arab News quoted the Saudi Press Agency to have reported.

In the 2:19 minutes video, the girl was seen lying on her stomach on the floor with a ladder on top of her.

The father was seen carefully securing her to the ladder and then beating her with a whip, as she cries and begs him to stop.

Al-Ghamdi said they discovered the identity of the man and he was arrested and referred to the Public Prosecution.

Share your view on the story Saudi Police Arrest Man Who Assaults His Daughter with Nigerian Sketch on the comments section.