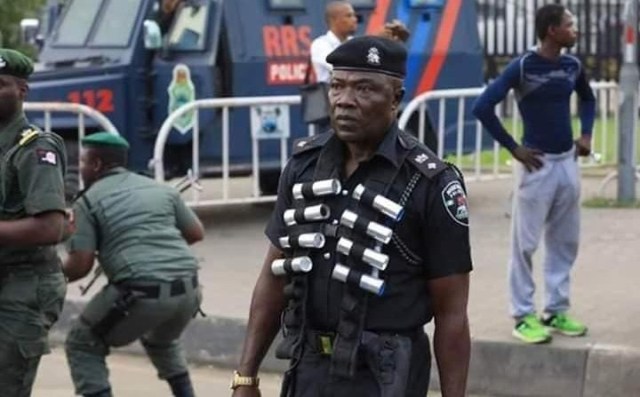 Security agencies in Nigeria have been warned not to disrupt protesters planning mass rallies against government’s fuel price hike.

The Nigerian government recently raised the price of petrol from N86 to N150 per litre, and further to N162, a decision many have termed as unsympathetic at a time when citizens have not recovered from the devastating effects of COVID-19 pandemic.

The Joint Action Front (JAF), alongside other organisations, has stated that mass actions are imminent against the recent fuel price hike and increase in electricity tariff, saying Wednesday the 16th of September, 2020 will signal the beginning of the protests to demand the “immediate and unconditional reversal of the hike in petrol price from the N160 to the N86.50.”

Chairperson of JAF, Dr. Dipo Fashina said at a press briefing national consultations with civil society organisations trade unions have been held to strategize for the mass action.

He said “We … condemn and reject the latest wicked increases in prices of fuel, electricity tariffs and value added tax (VAT), and contended that it is a product of the capitalist neoliberal policies of Privatisation and Deregulation.”

He called on the “Nigerian working people, the oppressed poor masses, students, traders, professionals, women, unemployed youth, farmers, artisans, Muslims, Christians and faith based organisations to prepare to use mass actions to reject, resist and defeat the latest imposition of hardships by the deceptive and anti-poor people Buhari regime on Nigerians.”

The chairman added that if the government policies are not resisted and defeated, they would “compound the miserable existence of the vast majority of Nigerians, who are still groaning with the attacks of the coronavirus pandemic.”

He urged Nigerians across the country to hold mass meetings and sensitisation rallies to reject the latest hikes and to struggle to defeat it, preparatory to the commencement of mass actions, which he said was agreed should commence Wednesday, September 16, 2020.

Already, hundreds of protesters who demonstrated in Lagos on Thursday to demand the reversal of the fuel price hike and electricity tariff met with resistance from security operatives, including the police and men of the Department of State Security (DSS).

The International Press Centre (IPC) reacted by condemning the Nigerian government over its intolerance to citizens’ rights to protest, saying the disruption of the protest staged by the Socialist Party of Nigeria (SPN) by security operatives was unfortunate.

There were reports that some of the protesters, including journalists, were arrested and have not been released as of the time this report was filed.

The deputy chairman of JAF, Comrade Achike Jude, was quoted to have said “The unfortunate thing is that government officials, who are enjoying all the privileges and appurtenances of office, would come on air to tell us how expensive petroleum products are in other parts of West Africa.

“Nigeria is Nigeria, an independent nation that produces crude oil, sends it out of the country, and brings it back to sell to citizens at prices they cannot afford.

“How can a government who knows that about 110m of its citizens are operating on less than two dollars a day, impose this kind of hardship on the Nigerian people?

“Is it because those that are in government are so privileged that they are outside the suffering of the Nigerian people and they do not face the realities that Nigerians face every single day.”

He told Nigerian Sketch that security agencies need to be warned that they have responsibilities to the citizens, querying the rationale behind the disruption of peaceful rallies in a democratic setting, and reminding the government of the day that President Buhari participated in similar protests against the administration of former president, Goodluck Ebele Jonathan.