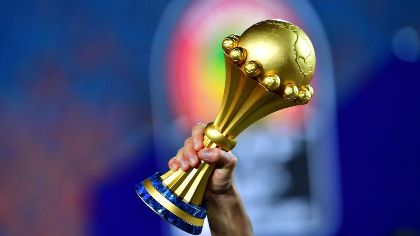 Security concerns have occupied the minds of the Cameroonian authorities as the Africa Cup of Nations (AFCON) commences on Sunday.

Separatist gunmen in the west and jihadist raiders in the north are being monitored against possible attacks.

Security forces in the west are said to be vigilant since armed groups sent threatening messages to teams in Group F, incuding Tunisia, Mali, Mauritania and Gambia, scheduled to play in the coastal town of Limbe, while they train in Buea, a hotspot of separatist unrest.

“The threats are very serious,” Blaise Chamango, head of an NGO in Buea called Human Is Right, told AFP by phone.

“On Wednesday, there was an explosion in a takeaway outlet in Limbe. That sent a very powerful message.”

He also said, “The government has stationed heavily armed soldiers at nearly all the crossroads in Buea and Limbe. Security and defence forces are arresting and searching everyone they see in some districts.”

Buea is the capital of the Southwest Region, which is in the grip of violence sparked by a bid by Cameroon’s anglophone minority to secede from the French-majority country.

After years of frustration at perceived discrimination, separatists declared a “Federal Republic of Ambazonia” in October 2017.

The entity, which has no international recognition, is based on the former British Southern Cameroons, which joined Cameroon after the French colony gained independence in 1960.

The Cameroonian government has insisted that “safety will be guaranteed” for AFCON, although neither the authorities nor the Confederation of African Football (CAF) responded to AFP requests for information on security measures.

On Monday, the atmosphere in the capital, Yaounde, was more relaxed than in the troubled English-speaking regions some 250 kilometres (150 miles) to the west.

A handful of security agents kept half an eye on final preparations at the brand-new Paul Biya Stadium in the district of Olembe, built specially for the CAN and home to the Cameroonian national squad.

“Security is only really a concern in the Northwest and Southwest regions and I think our defence forces have enough experience to respond adequately,” said James Mouangue, head of the national human rights commission and a professor of public law.

“The security measures put in place are exceptional, given the level of risk, and there were no problems when we hosted the African Nations Championship in January 2021,” he noted.

Separatist militants are not the only spectre haunting Cameroon.

The country’s Far North region, the tongue of land that touches on the troubled Lake Chad region, has in the past suffered cross-border raids by jihadists from neighbouring Nigeria.

Attacks have fallen back since militants from Boko Haram and the West African branch of the so-called Islamic State group began a bloody internecine war.

But some fear the groups could seek to grab attention by striking in Yaounde, the economic hub Douala or the north itself.

Others, though, say such plans may be too much of a stretch.

“I don’t think the jihadists can disrupt the Cup unless they carry out a really large attack, even though that remains a possibility,” said Guibai Gatama, editor of northern Cameroon’s leading twice-weekly publication, L’Oeil du Sahel (The Eye of the Sahel).

“The stadium in the North where Group D (comprising Egypt, Nigeria, Sudan and Guinea Bissau) will play is located in Garoua, which is very far from their sphere of operation.”