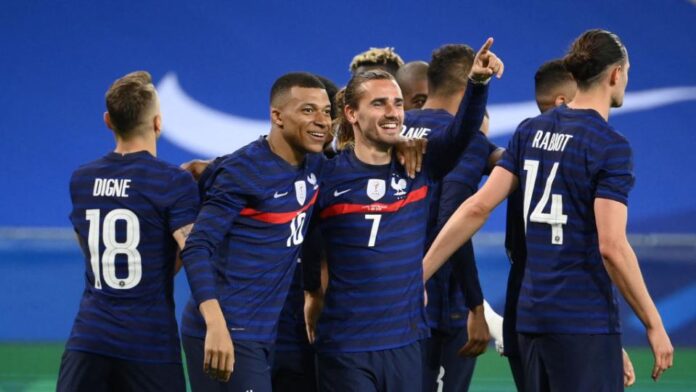 France have announced their squad for the World Cup, with Didier Deschamps boasting a star-studded attack.

Paris Saint-Germain’s Kylian Mbappe and Real Madrid’s Karim Benzema are among the stars named by Deschamps for this winter’s tournament.

Speaking about his squad selection, Deschamps said: “To be totally honest, this has not been the easiest selection.

“It is the same for all the other national team managers. Players recovering from injury, players who got injured last night, who could get injured tonight.”

Les Bleus are among the favourites to lift the trophy in Qatar, with Rio Ferdinand calling them one of the ‘stand-out’ teams at the World Cup.

“I worry about [England] defensively, the injuries and players not playing enough for their clubs,” he said.

“It’s going to be difficult. France, Brazil and Argentina are the stand-out teams, the depth of their squads, especially the French and Brazilian, is crazy.

“I don’t think we have that. We’ve got to have the perfect run physically [no injuries] to get anywhere near it.”