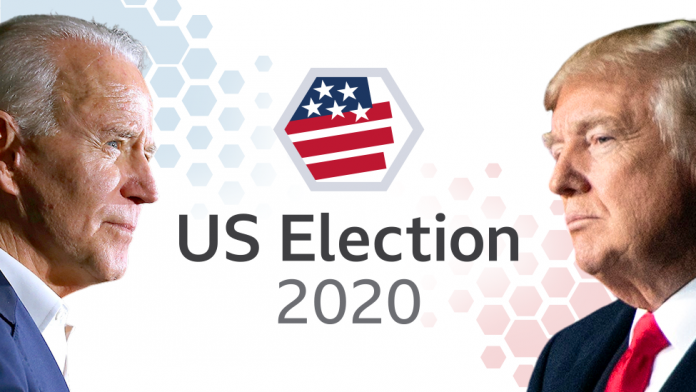 Now that Joe Biden has won the US presidential election, 2020 what happens if the President Donald Trump refuses to leave the White House?

Trump had falsely declared victory on the night of the election and vowed to go to the Supreme Court to stop vote counting – confirming some Americans’ worst fears that he would undermine the democratic process.

Former vice president Joe Biden has prepared his own army of attorneys and constitutional law experts to counter the president’s legal challenges on everything from expanded mail-in voting during the COVID-19 pandemic to alleged instances of voter fraud, which Mr Trump has claimed.

Mr Biden has insisted federal officials “will escort [Mr Trump] from the White House with great dispatch” if he loses the election.

The Democrat took the lead over Mr Trump in the battleground states of Pennsylvania and Nevada for the first time on Saturday, winning the White House.

Three days after polls closed, Biden has a 290 to 214 lead in the state-by-state Electoral College vote that determines the winner, according to most major television networks.

What’s perhaps most concerning about the president’s apparent threats not to concede in the election is how the country lacks precedent for dealing with such a scenario.

The peaceful transition of power is a bedrock of American society, and in past examples of contentious elections, resolutions had been made long before any refusal to concede.

On previous occasions in the history of the United States, when the presidency was in any way contested, cooler heads have prevailed in the interest of the peaceful transfer of power.

For instance, Richard Nixon conceded to John F Kennedy in 1960 amid several accusations of vote rigging for the Democrat.

Also, vice president Al Gore accepted the Supreme Court’s ruling that George Bush had won the 2000 presidential election even though there were significant questions about the integrity of the results in Florida.

The Independent quoted a professor of political science at the University of British Columbia, Paul Quirk, to have said the situation would put law enforcement in an awkward position.

“At some point, the question would become: whose orders do law enforcement obey? Because it would ultimately become a matter of the use of force in one direction or another”, the professor said.

The US constitution did not mention how presidents should be removed if they lose an election and refuse to hand over power to their opponent.

So, it is hard to say if anyone would have the appetite to send the FBI, or navy seals, or whatever law enforcement agency, storming into the West Wing to arrest a recently defeated Donald Trump.

The daily also quoted Joshua Sandman, a professor of political science at the University of New Haven, to have said he did not think Mr Trump would ever refuse to leave office after an election because it would destroy the his legacy.

Still, he suggested intense congressional and political pressure would force Mr Trump out of office quickly.

In an interview with The Independent in 2019, Ross Baker, an American political expert at Rutgers University in New Jersey, made a chilling prediction of what would happen if Mr Trump lost re-election by a very narrow margin.

He imagined a scenario where the popular vote was won by less than 1 per cent nationwide, and where there was a near tie in the electoralcollege. On 4 November 2020, America could wake up to tweets from the president calling the previous day’s results a fraud, and saying there is no way he did not win by huge margins. Meanwhile, Fox News would be welcoming pundit after pundit toeing that presidential line.

Should that happen, Mr Baker said he imagined a scenario in which the House of Representatives got to decide the Electoral College based upon each state’s delegation

“It would certainly be a constitutional crisis to the first magnitude,” Mr. Baker said.

Share your thoughts on the story See What May Happen If Trump Refuses to Concede US Election to Biden with Nigerian Sketch in the comments section below.