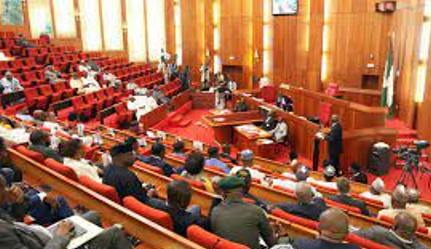 The Office of Auditor General of the Federation (AGF) in its 2016 Audit Report accused the Budget Office of withdrawing N151.3 billion secretly from the federation account in 2015.

“This was extra-budgetary spending incurred without recourse to the National Assembly in contravention of Section 80(2) of the Constitution of the Federal Republic of Nigeria 1999 (as amended) which stipulates that “no moneys shall be withdrawn from the Consolidated Revenue Fund (CRF) of the Federation except to meet expenditure that is charged upon the fund by this Constitution or where the issues of those moneys have been authorized by an Appropriation Act, Supplementary Appropriation Act or an an Act passed in pursuance of Section 81 of this Constitution.

“In view of this, it is difficult to accept the extra budgetary expenditure of N151, 371,407,619.10 as a proper and legitimate charge against public funds.

“The Director-General should furnish necessary approval(s) and warrants for the sum of N151, 371,407,619.10 to my Office for audit verification.”

Accordingly, the report has been forwarded to the Senate Committee on Public Accounts for investigation following which the Director General of Budget Office, Ben Akabueze, was invited.

However, neither the Budget Office boss nor his representative appeared before the committee at its sitting, Friday.

Irked by the development, chairman of the committee, Senator Mathew Urhoghide (PDP Edo South), directed the clerk of the committee to forward another letter of invitation to the Budget Office for appearance of the director general, unfailingly, on Tuesday next week.

The committee chairman noted, “Though based on available records before us the budget office has responded to query issued on the 2016 Audit Report by the Office of Auditor General of the Federation since the response was not strong enough for vacation of the query by the office that issued it, explanations must be made before this committee.

The written response read in part: “The N151 billion reported in the Auditor General Report was neither received not spent by the Budget Office hence the figure was not recorded in the relevant Budget Office books.”