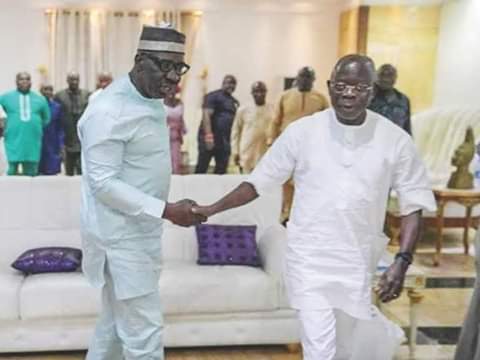 “Those who foolishly sought power by riding the back of the tiger end up inside”   —John F. Kennedy.

I am not a prophet of doom. On the basis of which I am not ready to be among those predicting Doom’s day for Edo state.

However, the ominous signs we are seeing, the unfriendly cloud aggressively hovering over Edo’s political community, the songs of war characterizing political sloganeering and, the sporadic manifestation of actual violence are enough to disturb the most optimistic segment of the community.

In fact, the shackles are capable of darkening and brutally overwhelming our optimisms of a peaceful election.

The news of the 19th September election fills the nation’s airwaves just as it also covers most pages in Nigerian newspapers. The news of the election is being beamed to the rest of the world as though it’s the general election.

A great deal of analyses has been done by scholars and communication professionals about its negative potentiality in threatening the existing peace and tranquility with which the state is known. The activities of the leading political actors in the state leave much to be desired as they have been shown to be antithetical to the peaceful environment people inherited.

Their willingness and readiness to sacrifice the peace and the people on the altar of political desire has been in the known. Their daily unfriendly utterances, tacit recruitment and mobilizations of thugs in preparation for the election is gradually turning the state into a political battle field.

While the suspended chairman of All Progressive Congress (APC), his political godson, Comrade Adams Oshiomole and the APC’s governorship candidate, Pastor Eze Iyamu, respectively vow to take power, relying on federal might, the incumbent governor of the state, Mr Godwin Obaseki with his perception of people’s support promised to frustrate this effort.

Viewing the entire political scenario beyond the surface therefore reveals why the political gladiators are so desperate. The thought of political calamity likely to befall them at failure to grab or retain power in the state ignited the do-or-die spirit gradually changing the status of the state from peaceful to violent state.

In a similar vein, APC’s gubernatorial candidate, Pastor Eze Iyamu, is strongly of the opinion that taking into consideration the support of some folks in the party and the federal might which apparently remains a huge source of hope for winning the election, the present exercise is the last golden opportunity he has to occupy Odadebe House; hence the desperation.

Obaseki on the other hands has tested power for four years. He appears to have convinced himself that having done much in the last four years, he is anointed by the people for the job of a chief servant in the state. This seems to have informed his decision to meet anybody headlong, and of course all of these have put the state at the pedestal of war.

However, one very significant aspect of the political episode the actors carelessly fail to recognize is that, just as we are all beneficiaries of the peaceful political atmosphere historically prevalent in the state, the collapse of it will be like an ill wind that blows no one any good.

The political gladiators, their external sponsors and foot soldiers therefore should know very well that the tiger whose back they currently ride will end up consuming all of them when the chips are down. They should on that basis know that working to engender peace is an exercise in self preservation.

We are seeing how Edo people have been dangerously polarized by political actors. Never before in the history of the state had political actors relied on slogans of war as the main instrument for political engineering; never had Edo witnessed a group of politicians whose desires are to sacrifice the peace and the people to realize their political ambitions and, never had the state been so polarized along religious and ethnic divides, all in the attempt to serve the selfish interest of power mongers. Today, name callings and character assassinations   have been persistent with maximum brutality in Edo politics.

Agbede town, Etsako West local government area, has become epicenter for political violence in that part of the state. There were gun battles among the supporters of the two main political parties of APC and PDP. Of course, this has been a regular occurrence in other parts of the state.

Irked by these constant occurrences of political violence in the state, the Oba of Benin recently called a meeting of political gladiators in the state to express his disappointment about the manner they have conducted themselves so far. As part of effort to engender peace, he directed that henceforth, their electioneering campaign be characterised by issues instead of violence. Although, the political actors promised to adhere to the Oba’s admonition, their conducts right from the palace suggested otherwise.

One is inclined to ask if power is so sweet as to be purchased with peoples’ comfort and their security.

Having said all these, I believe the only way out of this quagmire lies in an uncommon unconditional willingness to do justice by those charged with the responsibility of conducting the election and those whose role it is to provide security.

There is no doubt about the fact that it is only when justice is sufficiently guaranteed beyond doubt during the election that can we be certain that there wouldn’t be crisis.