The senior special assistant to the president on national assembly matters (Senate), Senator Babajide Omoworare, said in a statement on Friday that Buhari had already forwarded letter of request for the confirmation of the service chief.

The statement reads: “President Muhammadu Buhari has communicated the appointment of the Service Chiefs to the National Assembly and has sought for the confirmation of the said appointment by the Senate, through his letter to the Senate President dated 27th January 2021.

“This was done in furtherance of Section 18 (1) of the Armed Forces Act Cap. A. 20 Laws of the Federation of Nigeria.

“Contrary to fears expressed in some quarters that President Muhammadu Buhari has “bypassed” the National Assembly in the process of the appointment of the Service Chiefs and that he has no intention of seeking consideration and confirmation of their appointment, Mr. President, upon nomination for appointment, sought confirmation of the Senate for the appointment of Major General Lucky Irabor, Major General Ibrahim Attahiru, Rear Admiral Awwal Gambo and Air Vice Marshal Isiaka Amao as Chief of Defence Staff, Chief of Army Staff, Chief of Naval Staff and Chief of Air Staff respectively, vide his aforementioned letter.

“It is on record that this same procedure was adopted when the immediate past Service Chiefs were appointed. Upon announcement of the appointment of the then Service Chiefs – Major General Abayomi Olonisakin (Chief of Defence Staff), Major General Tukur Buratai (Chief of Army Staff), Rear Admiral Ibok-Efe Ibas (Chief of Naval Staff) and Air Vice Marshal Sadique Abubakar (Chief of Air Staff), Mr. President had written the 8th Senate on 14th July 2015 for confirmation. Whilst the correspondence was read on the floor of the Senate on 28th July 2015, consideration and confirmation of the appointments was carried out at the Committee of the Whole on 4th August 2015”.

“It will be recalled that the National Assembly will only resume plenary sessions on 9th February 2021, when hopefully Mr. President’s communication for consideration and confirmation of the nominations for appointment of the Service Chiefs would be considered.

“Before this administration, confirmation of Service Chiefs were not sought and obtained from the National Assembly in consonance with the provisions of Section 18 (1) of the Armed Forces Act Cap. A. 20 LFN.

“We are aware that in Keyamo Vs. President & Others , the Federal High Court set aside the Armed Forces Modification Order 2008 (purportedly made under Section 315 [2) of the Constitution) on 1st July 2013 and ruled  that the confirmation of the National Assembly must be sought for the appointment of the Service Chiefs. We are in compliance with the spirit and letters of both the statute and case law”, he said.

Share your thoughts on the story Service Chiefs Brace for Senate Confirmation, Presidency Reveals with Nigerian Sketch in the comments section below. 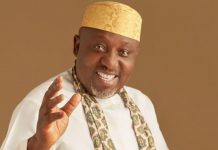 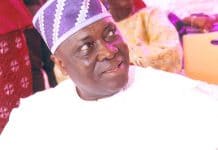 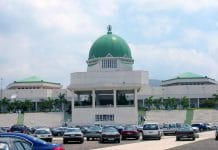 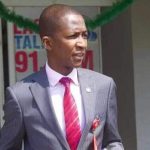 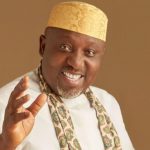 NEWS Joseph Shalom - February 24, 2021
0
Uzodimma Explains Cause of Row with Okorocha Imo State governor, Hope Uzodimma, on Tuesday in Abuja told journalists that he had no personal issue with... 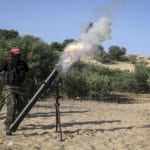