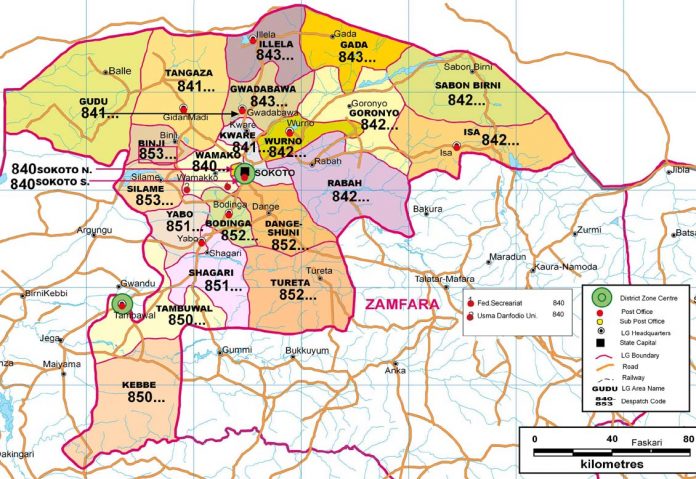 A member of the House of Representatives, Abdullahi Salame, has been reported to have shot dead one of the suspected armed robbers that attacked his house.

Premium Times reported that the attempted robbery incident happened at the lawmaker’s house in Sokoto.

The online news medium narrated that the lawmaker representing Gwadabawa and Illela federal constituency shared pictures of his house to prove the robbery attack, showing a broken door, a blood-stained faze cap, a dagger and a club.

He was quoted to have said “All thanks be to Almighty Allah. Today at about 3 a.m., I was attacked in my house in Sokoto by armed robbers but by Allah’s powers, I was able to shoot and kill one (robber) and injured some. I am grateful.”

The police in Sokoto State were said to have confirmed that the incidence occurred, saying they “reacted swiftly to help foil the attack”.

A statement from the state police command spokesman said “The Sokoto State Police Command is aware of the attempted armed robbery incident at Bado Quarters area of Sokoto, which was thwarted by the swift response of the joint metropolitan police patrol.”