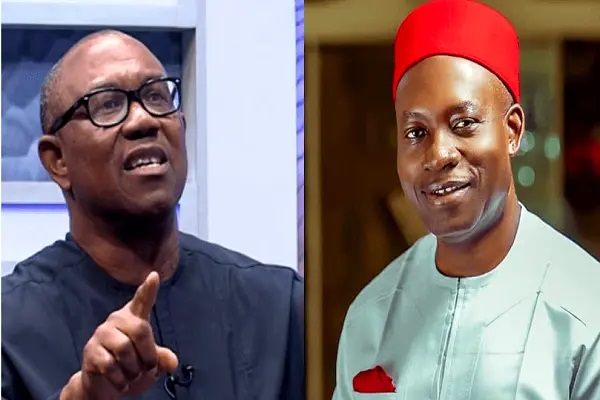 Anambra State governor, Prof. Chukwuma Soludo, has said that he stands by his comments on a former governor of the state and the Labour Party presidential candidate, Peter Obi.

His press secretary, Christian Aburime, revealed this on Thursday.

Soludo had dismissed the chances of the Labour Party flag bearer in the coming presidential poll and criticised the style of Ndigbo in its quest for the country’s number one seat in an article titled, ‘History beckons and I will not be silent.’

The article drew mixed reactions across the country and particularly on social media, where Soludo was heavily criticized mostly by Obi’s supporters.

Obi ruled Anambra between 2006 and 2014 on the platform of the All Progressives Grand Alliance (APGA) before he defected to the Peoples Democratic Party (PDP) and later, Labour Party (LP).

But speaking on the criticisms generated by the article, Soludo’s aide maintained that Soludo had the right to his opinion.

He said, “The governor is not feeling any way threatened even as the article has triggered series of backlashes, threats and criticisms. What the people should realise is that the governor only expressed his opinion, which is guaranteed by the constitution of the country and that opinion should not warrant threats or abuses.

“The governor’s son, Ozonna, did not disown what the father said. The trending article purportedly claiming that the son disowned what his father said did not emanate from Soludo’s son; it is simply the handiwork of mischief makers in order to blackmail the governor.

“It is not true that ‘unknown gunmen’ are threatening the governor to resign or be impeached. That report is false. Anambra people are behind Soludo and they are happy with what he is doing in the state.

“Nigerians all over the world are free to visit Anambra to see what the governor is doing. There is now law and order; all those impunities that used to be there before are no longer there.

“Soludo has no regret whatsoever because all he said has been said before and he should not be insulted for expressing his opinion.”

Share your thoughts on the story Soludo unfazed by abuse, threat from Peter Obi’s supporters with Nigerian Sketch in the comments section