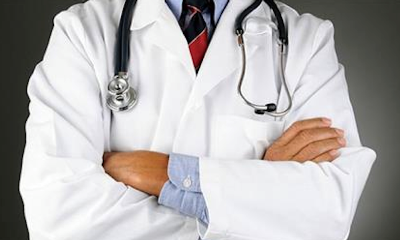 No Work No Pay, Says FG

Resident doctors in Nigeria, under the aegis of the Nigerian Association of Resident Doctors (NARD), have insisted that the payment of their salaries between 2014 and 2021 is the only condition for which they would call off their 41-day-old strike.

They said the President Muhammadu Buhari should order the payments of the salaries instead of “begging us to call off the strike.”

Less than 48 hours after the leadership of the Nigerian Medical Association (NMA) met with President Muhammadu Buhari on ways to end the crises in the health sector, the striking resident doctors have insisted that they would not return to work.

But, minister of labour and employment, Chris Ngige, has replied that the striking doctors are owed only one month salary.

President Buhari, while receiving the NMA leaders, appealed to them to resume work while negotiations continue to resolve all issues in dispute with the federal government.

The President assured that all their outstanding wages and benefits would be cleared after the requisite verifications are carried out.

NARD’s communication head, Dr Julian Ojebo, said on Sunday that they had lost trust in the government to keep its words and promises.

He wondered why the government has not been able to carry out the verification since the commencement of the strike 41 ago.

Ojebo also said it was not well reasoned for the President to ‘beg’ them to call off the strike when resident doctors have no money to transport themselves to their offices, buy drugs and Personal Protective Equipment (PPEs) as well as pay the tuition of their children and wards for the new academic session.

Ojebo said: “NARD is saying ‘no retreat no surrender’ until all our demands are met. We are not suspending any strike action. No verification was done after the period of 41 days.

“We gave the government 120 days for verification and nothing was done. We are therefore not waiting for any verification because we know that once we call off the strike, they won’t do anything.

“We do not see any reason the President is saying that he is begging us to call-off the strike. We are also begging the President to pay all outstanding salaries from 2014 to 2021.

“Salaries shortfalls owed are from 2014 to 2016, and salaries from January to August this year.

“Schools have resumed, and we do not have money to pay our children’s tuition.

“COVID-19 is killing, and we do not have money to buy drugs and PPEs. As doctors, we provide our PPEs.

“The court case is on the September 15, that is Wednesday. NARD is appealing to the judiciary to be sensitive to the plight of doctors.

“You cannot tell somebody that has not been paid from January till date to suspend an industrial action; where will he get the money to go back to work and to feed.”

Ngige however said the doctors August salary was being withheld in line with the no-work, no-pay rule invoked by the government following their refusal to call off the strike.

The minister said the federal government, having dragged the doctors before the National Industrial Court would wait for the outline of the matter.

He, however, appealed to the NARD members to return to work and allow the court rule on the no –work, no-pay rule.

His words: “Nobody is owing them. Their money that is withheld is for August. They started their strike August 2 by August 15, after two weeks, they refused to come to work despite all entreaties from the National Assembly and Medical Elders Forum.

“From the conciliation we did in my Ministry, the no-work, no -pay rule was invoked. It caught up with their August pay.

“They should respect judicial process; come back to work and the court will decide about their no work no pay. The court has already told them to seize hostilities and they disobeyed the court. They are in contempt of the court.

“Are they saying we should pay them in the months they were on strike and sitting at home? You can’t have your cake and eat  it.”