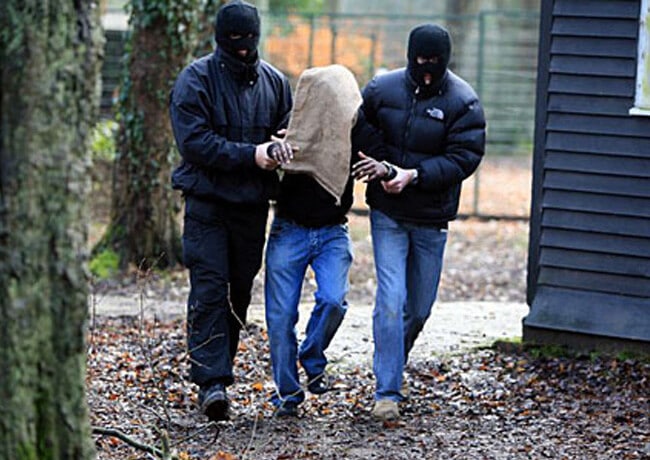 Suspected kidnappers have explained to the Nigerian Police how they pose as lonely beautiful ladies needing lovers on dating sites to lure their victims.

Three members of a kidnap gang that were arrested by men of the Inspector-General of Police Intelligence Response Team (IRT) in Rivers State narrated their mode of operation, saying a lot of unsuspecting victims have fallen prey to their schemes.

The suspects – Michael Eneji aka General, 30; Nwachukwu Emeka, 22; and Success Okeke, 27 – arrested after they have killed of one of their victims, Michael Victor, who reportedly went missing on January 6.

They confessed that they parade themselves as ladies in search of lovers on dating sites and lure their victims to a lonely spot where they would rob them of their valuables.

Eneji, who is said to be the ringleader, is native of Gakem community in the Bekwara Local Government Area of Cross River State.

He said in his confession that “We normally pose as women on dating sites. As soon as we lure our victim, we would arrange a meeting. If the target was stubborn, we would ask the only lady among us to speak with the target. If the man insists on seeing the face of the lady, we go on video chats. We also use a small phone that enables us to change our voice from a man’s voice to a woman’s voice.

“Once I have been able to establish a contact, I would convince them that I would satisfy their sexual urge. Pretending to be a lady, I would tell them to meet me somewhere around Eleme Road. One of my boys, Success, would go there and meet them as my domestic servant and direct them to my house. I would claim that I live in a mansion where I don’t like disturbance to convince them to come.”

He said as the victims approached the phantom mansion, Okeke would lead them to a deserted place where they would lay in ambush dressed in army uniform.

He added, “We will tie their hands and legs. We collect their valuables, including ATM cards. Emeka would hold the AK-47 in case of any attack while I go to the bank to withdraw whatever the victims have in the bank accounts.

“Our last victim that put us in trouble was picked by my friend, Success (Okeke). I had left our camp with his ATM card when security men on patrol passed by. I was waiting for the password when Abubakar (still at large) called and told me that the man is dead. We all went home and two days later police arrested me.”