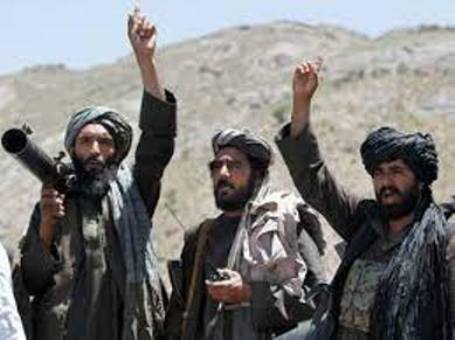 Afghanistan has been renamed the ‘Islamic Emirate of Afghanistan’ by the The Taliban.

Aljazeera reports that scores of Afghans ran alongside a US military plane as it taxied on the runway and several clung to the side as the jet took off with Senior US military officials confirming to Aljazeera that the chaos left seven dead.

According to AP, the Taliban, a militant group that ran the country in the late 1990s, have again taken control.

The US-led invasion of Afghanistan in 2001 took power away from the Taliban, but they have continued to struggle to recapture power, and they succeeded in getting back on board.

CNN reports that hundreds of people poured onto the tarmac at Kabul’s international airport, desperately seeking a route out of Afghanistan on Monday after the Taliban’s sudden seizure of power sparked a chaotic Western withdrawal and brought to a crashing end the United States’ two-decade mission in the country.

Meanwhile, at a special session of the UN Security Council in New York, UN Secretary-General, Antonio Guterres, urged Taliban to show “the utmost restraint to protect lives” and demanded that anyone who wanted to leave the country must be able to do so.

US President Joe Biden also received a briefing by top security officials on the situation in Afghanistan, the White House said.

“This morning, the President was briefed by his national security team, including the Secretary of Defense and Chairman Milley, on the security situation at Hamid Karzai International Airport, and ongoing efforts to safely evacuate American citizens, US Embassy personnel and local staff, SIV (special immigrant visa) applicants and their families, and other vulnerable Afghans,” it said in a statement.