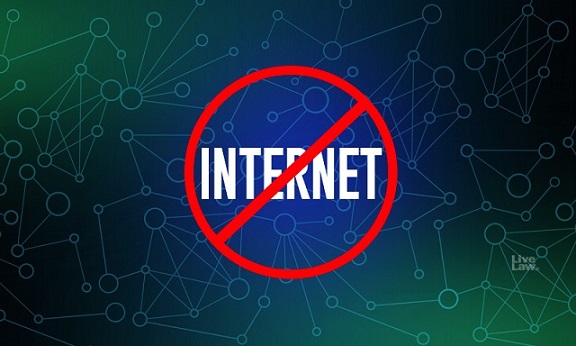 The dramatic real-life effects of shutdowns of the internet on people’s lives and human rights are vastly underestimated, the UN human rights office warns in a report released on Thursday.

When major communication channels and networks are slowed down or blocked, this means thousands, even millions of people are deprived of their only means of reaching loved ones, medical assistance, of working, or participating in political debates or decisions, the report highlights.

“When you see a shutdown happen, it’s time to start worrying about human rights”, said Peggy Hicks, Director of the Thematic Engagement, Special Procedures and Right to Development Division, at the UN human rights office (OHCHR).

Speaking at a press conference at the UN in Geneva on Thursday morning, Ms. Hicks explained shutdowns deepen digital divides between and within countries and “are happening in places where there are deteriorating human rights situations”.

At a time when substantial development aid is directed towards enhancing connectivity in less developed countries, some of the beneficiaries of that assistance are themselves deepening the digital divide through shutdowns.

“At least 27 of the 46 least developed countries have implemented shutdowns between 2016 and 2021, despite receiving support to increase their Internet connectivity” stressed Ms. Hicks.

The first major internet shutdown took place in Egypt in 2011, during the Tahrir Square protests that led to hundreds of arrests and killings.

Many States refuse to acknowledge interfering in communications or putting pressure on telecom companies to prevent them from sharing information.

The official justification for the shutdowns was unknown in 228 cases reported by civil society across 55 countries.

When authorities do recognize having ordered disruptions, justifications often point to public safety, containing the spread of hostility or violence, or combatting disinformation.

Yet, shutdowns often achieve the exact opposite. According to Peggy Hicks “199 Shutdowns were justified by public safety concerns, and 150 were based on national security grounds. But many of those shutdowns were followed by spikes in violence.”

When a State shuts down the internet, both people and economies suffer. The costs to jobs, education, healthcare, and political participation virtually always exceed any hoped-for benefit.

Tim Engelhardt, Human Rights Officer, reported examples of how hospitals, unable to contact their doctors in cases of emergency, “installed loudspeakers on the hospitals to call them.”

The report urges States to refrain from imposing shutdowns, to maximize Internet access and remove the multiple obstacles to communication. The report also encourages companies to share information on disruptions and ensure that they take all possible lawful measures to prevent shutdowns they have been asked to implement.

“We call on States to stop doing this, stop imposing shutdowns. Based on our research, shutdowns are simply never the best answer,” stressed Ms. Hicks. “Their costs are simply too great to economies, to democracy, and to people’s day to day lives”.

Share your thoughts on the story UN laments how governments use internet shutdowns to infringe human rights  with Nigerian Sketch in the comments section.