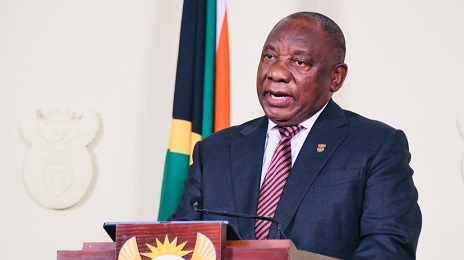 A group of independent UN human rights experts have condemned reports of escalating violence targeting foreign nationals in South Africa, and called for accountability against rising xenophobia, racism and hate speech aimed at migrants, refugees, asylum seekers – and even citizens perceived as outsiders – throughout the country.

In a statement released on Friday, the rights experts cited “Operation Dudula” as an example of hate speech. Originally a social media campaign, Operation Dudula has become an umbrella for the mobilization of violent protests, vigilante violence, arson targeting migrant-owned homes and businesses, and even the murder of foreign nationals.

The experts, known as Special Rapporteurs, warned that the ongoing xenophobic mobilization is broader and deeper, and has become the central campaign strategy for some political parties in the country.

“Anti-migrant discourse from senior government officials has fanned the flames of violence, and government actors have failed to prevent further violence or hold perpetrators accountable,” they said.

‘Too black to be South African’

“Without urgent action from the government of South Africa to curb the scapegoating of migrants and refugees, and the widespread violence and intimidation against these groups, we are deeply concerned that the country is on the precipice of explosive violence,” the group continued.

The experts noted that xenophobia, especially against low-income, African and Southeast Asian migrants and refugees, had been a feature of South African politics for many years.

In 2008, for example, xenophobic violence resulted in the death of over 60 people and contributed to the displacement of at least 100,000.

Xenophobia is often explicitly racialised, targeting low-income Black migrants and refugees and, in some cases, South African citizens accused of being “too Black to be South African.”

In one highly publicised incident in April 2022, a 43-year-old Zimbabwean national and father of four was killed in Diepsloot by a group going door-to-door demanding to see visas.

The attackers drove the victim out of a place where he was seeking refuge, beat him and set him on fire. The violence has continued unabated. It is alleged that the burning of the Yeoville Market in Johannesburg on 20 June this year, was carried out by persons targeting migrant shopkeepers.

The UN experts observed that discrimination against foreign nationals in South Africa has been institutionalized both in government policy and broader South African society.

This had led to violations of the right to life and physical integrity, and rights to an adequate standard of living and to the highest attainable standard of health, as well as elevated risks of arbitrary detention, torture and refoulement, they said.

The experts also expressed concern over reports that widespread corruption in the South African asylum and migration systems compound these dangerous problems.

“The cost in human dignity and lives, particularly in light of the past 30 years of xenophobic violence, remains widespread and deeply troubling,” the experts said.

“We are gravely concerned that South Africa is not meeting its positive obligations to protect and promote human rights while preventing racial and xenophobic discrimination,” they said.

“At the same time, perpetrators enjoy widespread impunity for xenophobic rhetoric and violence, leading to a lack of accountability for serious human rights violations and the flourishing of racist and xenophobic political platforms.”

The experts urged private and public actors to honour their commitments to human rights and racial justice, and take a firm stand against the racist and xenophobic violence which continues in South Africa.

The UN experts have been in official communication with the South African Government to address these allegations and clarify its obligations under international law.

Share your thoughts on the story UN warns of impending ‘explosive xenophobic violence’ in South Africa with Nigerian Sketch in the comments section.