Unrest in Oruku, Enugu Community over Killing of  New Monarch

The killing of the traditional ruler of Oruku Community in Nkanu East local government area of Enugu State, Igwe Emmanuel Chidiebere Mba, on Saturday, has put the whole community in a restless mood.

The traditional ruler was shot dead, allegedly by the police, while he was addressing members of his community at Oruku Town Hall, even though Nigerian Sketch has not been able to confirm this from the police authorities in the state.

His death has provoked youths in the community to protest on Sunday, as they set some houses and vehicles of people they believed have hands in his shooting on fire.

The Punch quoted sources to have said “policemen, who were on mufti, wielding AK-47 rifles, had invaded the venue of the meeting in an SUV and a Sienna bus about 2 pm on December 26, 2020.

“The traditional ruler was presiding over the meeting and the three natives pointed at him, immediately one of the policemen shot him on the thigh and he fell down bleeding. There was confusion after the royal father was shot. Everybody in the hall ran for safety.”

The daily said the late traditional head was elected by his community on the same day he was shot, as he reportedly bled to death before he could get medical attention.

His corpse was said to have been deposited at the National Orthopedic Hospital mortuary in Enugu.

Police authorities in the state have not reacted to our reporter’s inquiry over the matter.

Share your thoughts on the story Unrest in Oruku, Enugu Community over Killing of  New Monarch with Nigerian Sketch in the comments section below

Police Arrest Woman for Faking Own Kidnap in Kwara 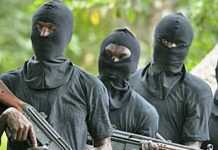 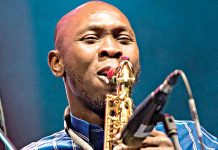 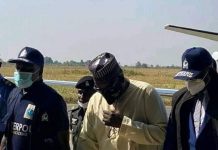 Ndume to Withdraw His Suretiship for Maina for Lack of Trust