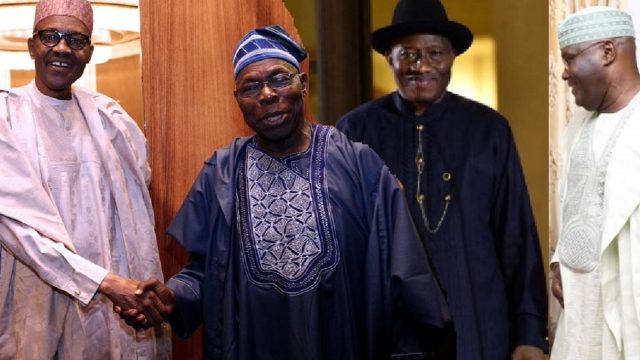 The two leading political parties in Nigeria, Peoples Democratic Party (PDP) and All Progressive Congress (APC) have been at each other’s throat since the US staged a high risk operation to rescue its abducted citizen kept on Nigerian soil by bandits.

Both parties ended up agreeing that Nigeria’s successive governments have been unable to show their capabilities to defend their citizens the way the US defends its own.

PDP threw the first punch by linking the US rescue mission to President Buhari’s incompetence to secure the territorial integrity of Nigeria and arrest the wave of insecurity ravaging the country.

PDP’s national publicity secretary, Kola Ologbondiyan said in a statement on Sunday that Buhari’s failures have constituted an international embarrassment to Nigeria.

“Moreover, the fact that under President Muhammadu Buhari, bandits and abductors from neighboring countries now freely cross into our nation to use our soil as detention camps further shows the failure of his administration to secure our national borders and territorial integrity.

“It also shows that contrary to claims by the Buhari administration, parts of our country are still under the control of bandits and insurgents.

“It is indeed grossly disconcerting that under our Commander-in-Chief, a general, who had consistently promised to lead from the front, it took a foreign country to come on our soil to rescue their citizen, while hordes of our citizens are reportedly being held, tortured and killed in various kidnappers’ and insurgents’ dens in various parts of our nation,” the party said.

APC deputy national publicity secretary, Yekini Nabena, however reacted that PDP’s government was equally a failure, tasking the opposition party to explain it handled the 2014 abduction of 276 Chibok schoolgirls.

“The PDP again chooses to play politics with our national security in its tired, baseless and dull attacks of the President Muhammadu Buhari government.

“The PDP should explain to Nigerians how its immediate-past administration handled the 2014 abduction of 276 Chibok schoolgirls. To refresh the PDP’s memory, former British prime minister, David Cameron in his book, For the Record, said the Goodluck Jonathan PDP government was ‘sleeping on the wheel’ when the schoolgirls were abducted.

“It is on record that that PDP government did nothing for two weeks after the Chibok schoolgirls abductions dismissing it as a grand political conspiracy while the schoolgirls were continually held and their families suffered in anguish.

“While the PDP still refuses to take responsibility for the tragedy up till now, the same PDP government rejected the British offer to help in the rescue of the Chibok schoolgirls.

“As Commander-in-Chief of Nigeria’s Armed Forces, President Buhari swore a constitutional oath to protect lives and property of citizens. The president has consistently demonstrated that resolve throughout his administration. President Buhari’s reactions and actions after the similar and unfortunate Dapchi schoolgirls kidnapping is a pointer to how a responsive government should act,” Nabena wrote.

Share your thoughts on the story US’ RESCUE MISSION: APC, PDP Agree Nigeria’s Governments Are Incompetent with Nigerian Sketch in the comments section below.