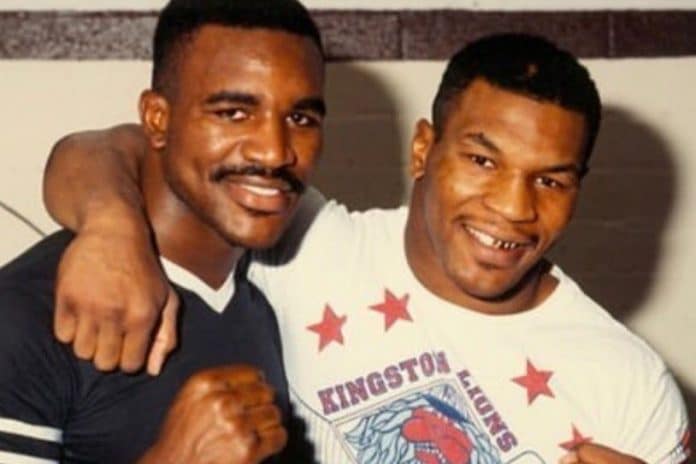 Evander Holyfield has revealed what happened when he and a teenage Mike Tyson were forcibly separated during a violent sparring session.

The pair collided in a pair of heavyweight world-title bouts in 1996 and 1997 but back in 1984, when they were both US amateurs, they first fought. As recounted on talkSPORT, the pair had a sparring session at the US Olympic Training Center in Colorado Springs – which was halted in the very first round.

“Me and Tyson were buddies,” said Holyfield, who fought at light-heavyweight as an amateur, while ‘Iron Mike’ was a fully-fledged heavyweight. “Tyson knocked out his sparring partners all the time so he didn’t have no sparring partners. 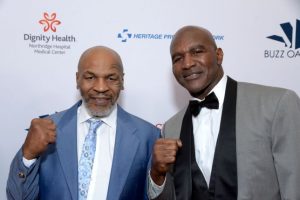 The two future heavyweight greats then stepped into the ring together to trade blows with their 16-ounce gloves – but not before Holyfield had waved away the notion of Tyson boxing without using his powerful right hand.

“They told him, ‘Use your left hand only,” Holyfield told the LA Times. “But I said, ‘No way, use both hands.’

“He hit me with one right hand on the arm and near knocked me across the ring, but every time he stopped punching I’d get my combinations off on him.

“I know I threw more punches at him than anybody else who sparred with him.”

US amateur coach Pat Nappi jumped in to halt the increasingly heated session after only 90 seconds – presumably to prevent an all-out war between the two men. But Holyfield believes he gained Tyson’s respect that day.

“They stopped it at about a minute and 30 seconds, they said someone was going to get hurt. At that time I had him in the corner and he couldn’t get out.

“The Olympic coach stopped it but I knew I wasn’t going to get hurt. There wasn’t anybody hurt but I had him in the corner.”

At the Olympic trials, both men dominated: Tyson won all five of his bouts, four by KO. Holyfield won all five by knockout. However Tyson would later lose a box-off to Henry Tillman and – to his fury – lose out on a place in the 1984 Olympic team. Holyfield went as a light-heavyweight and returned with a bronze medal for the US.

However Holyfield learned almost as much from that brief spar with Tyson, as it gave him confidence going into their first professional fight in 1996.