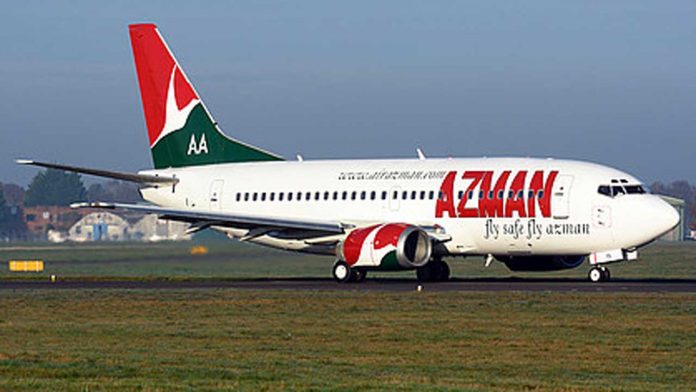 We Suspended Azman Air to Save Lives – NCAA

The Nigerian Civil Aviation Authority (NCAA) has accused local airline, Azman Air, of  disregard for safety procedures, saying it suspended the airline’s to save the lives of Nigerians.

NCAA Spokesman, Sam Adurogboye, said this in a statement he issued on Friday, a copy of which Nigerian Sketch obtained.

The statement, titled, ‘NCAA Puts The Record Straight On Azman Air Suspension’, said the civil aviation regulator of the Nigerian airspace will not be blackmailed and or threatened while carrying out its statutory responsibility.

“Over a period of about six weeks, Azman Air Boeing 737 aircraft operating scheduled passenger flights were involved in three separate incidents, resulting in damage to the aircraft in each case but with no loss of life, for which we are grateful to God.”

The NCAA also said the Accident Investigation Bureau is currently investigating the “serious incidents”, adding that it exercised its duty as the regulator and sanctioned the engineers of the airline and Azman Air itself for certain breaches of safety procedures but the fines were yet to be paid.

“The alarming trend of tyre failures, in combination with improper tyre maintenance procedures, are a clear and strong indication of an accident chain formation in its final stages. There was an urgent need to break the accident chain before a completely avoidable national tragedy occurs. No responsible Civil Aviation Authority will fold its arms and wait for the next incident to occur, perhaps a fatal accident, before taking action,” the statement added.

“Finally, neither the Nigerian Civil Aviation Authority nor its Director General will succumb to any blackmail and or threat in carrying out the statutory responsibility of the safety and security oversight, in addition to the economic regulation, of the civil aviation industry in Nigeria, as enshrined in the 2006 Civil Aviation Act,” the statement concluded.

NCAA had suspended the operations of Azman Air on Tuesday after the airline suffered three major incidents. The NCAA had also ordered the airline to undergo a safety audit to determine the root cause(s) of the incidents, and recommend corrective actions to forestall re-occurrence.

Azman in a statement had however claimed that the airline complied with safety standards, and was safe.

Share your thoughts on the story We Suspended Azman Air to Save Lives – NCAA with Nigerian Sketch in the comments section below.