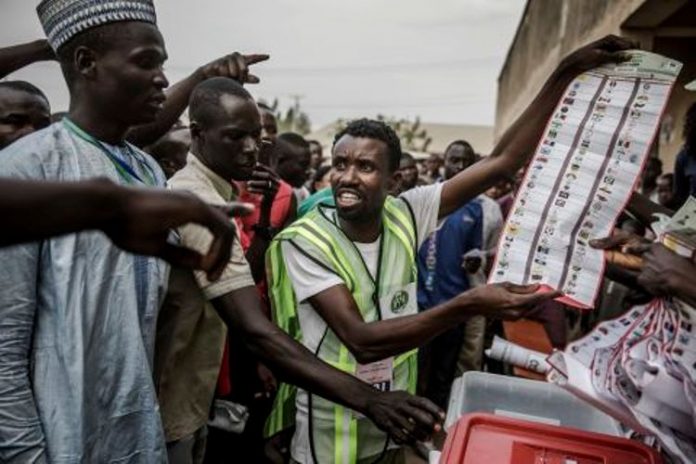 Who to Vote for Will Make a Big Difference

Once again it is ‘voting’ time. Or almost. It is like the circle of putting into office what people hope could be the answer to their woes and getting squarely disappointed would never end.

More so, the constant failure of electing the wrong people into office is becoming unending. What are the people doing wrong? Because definitely something is not done the way it should and hence the persistent failure.

The criticality of the polity at the moment warrants thinking deep (something we hate doing). It can be assumed that things might have to be a bit different now to counteract the political upheaval rippling throughout the country in order to place northern states at a better position to be able to handle it.

Before a solution should be proffered, though, the problem has to be identified and thoroughly understood. Not that in the Nigerian context the problems bedeviling the nation needs any thorough analysis. It is obvious from a million miles away that a lot of things are not working (no excuses).

Right from the state level (which is where we need to focus) up to the apex of governance things are not working as they should. To be fair some states are giving their best into it, but an average Nigerian needs more than that. An average Nigerian today needs a fast-thinking, high-initiative leadership system.

It can be said with conviction that this is nothing but distraction to a Nigerians’ main problem. Once again the average Nigerians are barking up the wrong tree, but well, to each his own. That is why supposedly focus need to be concentrated at the state levels. Where changes could be made visible.

A best leadership at the state level can steer things around particularly here in Northern Nigeria where the problem is way beyond ending SARS. The problems of security, service delivery, economy, education, poverty to mention but few, are prevalent. Why hasn’t the north gone past this already? What is the future of the northern states in regards to those important aspects of life? What does it take to get on a fast track of development? What kind of leadership mindset does it take?

Well, everyone knows the answers to the above so it is trivial mentioning them. We all know what leadership (the right one) can do to alleviate the aforementioned woes though. And it all began with demonstrable qualities of selflessness and indulgence with people’s yearnings.

Who are the people that can deliver?

Alright, some would say we tried supporting those we thought could save us before and got disappointed badly. But no, maybe it was your fault. May be you couldn’t identify the problems and have a clear solution to each and every one of them. May be you are still blinded by ethnic, religious and political inclinations to the point that deep rooted yearnings for genuine progress had been forsaken for such affiliations. We are not even talking about leadership at federal level now.

At the state level, where the ethnicity and religion is by large homogenous, what is keeping the talakawa from putting in to office achievers that can usher in tremendous achievements right there in their states? Yes, achievers, because obviously it is not wise again to trust anyone who has not shown at least tendencies if not true results of achievement.

Are we even talking of when to get out of the poverty that holds the geopolitical zone in a firm death grip? Or do we feel like it is not the leadership responsibility to come up with ways to permanently alleviating that? Seemingly easy achievable actions such as food price control and regulation could go a long way into putting people at ease. It was done in Kano and the satisfaction from the people was unexpected. That only tells of how people are in dire need of such initiatives that will ease their lives.

And that was only a scratch to the tons of work ahead. But the fact that it produced result is key here. Poverty is a national phenomenon, as people are also suffering in the south, but like insecurity, illiteracy, and host of other negativities, poverty centralizes in the north.

Now back to the question of what happens if the states continued with the same old school fashion of leadership? The answer to this you will not like at all. The current situation will rapidly shift from bad to worst.

Nearly everything is changing and not just in Nigeria, but globally. Besides the technological and economical shift around the globe within the past few years, the COVID phenomenon further swings systems everywhere into survival mode. Even countries such as the US are struggling to coup. In Nigeria, the northern states are facing even harder challenges in addition to what their counterparts in the south are facing. Now, we can see why things must be different.

The focus now should not be on the outgoing leaderships. They have done what they can, most of which is average and not enough. Regarding the current political situation in the country with all the indications of flaring up into a political warfare come 2023 and probably beyond, it is wise to assume that competency in the stewardship of the northern states should not be negotiable.

Kano state as a beacon in the north has shown tendencies of being the touch bearer, a path finder into moving forward and changing the narrative, a state that prioritizes intellect as the key to bringing in sustainable progress.

Soon it will be election time again. The above can only be achieved in the state if and only the right people from the whole bunch of current and future aspiration are giving the chance to lead. It should not be about who I know or came from my zone. It should be about who can protect the general interest of the people and make things better than it already is, even if slightly.

Share your thoughts on the article Who to Vote for Will Make a Big Difference with Nigerian Sketch in the comments section below.