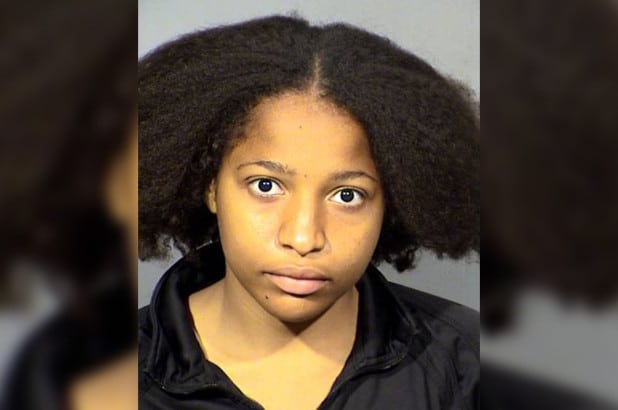 Woman Accused of Killing Daughters Because Organs ‘Worth Lots of Money’

A 26-year-old Las Vegas woman has been accused of killing her two daughters – allegedly telling their father that the infants’ organs would be “worth a lot of money,” according to a report.

Amanda Sharp-Jefferson, 26, was arrested on murder charges after her boyfriend, Jaykwon Singleton, said he came home to find her with their unresponsive daughters — Rose, 1, and Lily, 2 months — on top of each other in a baby swing, both dead, the Review Journal reported, citing an arrest report.

Singleton told investigators that Sharp-Jefferson “kept shushing him and at one point, made a statement that their organs were worth a lot of money,” according to the report.

When asked about comments about the value of the organs, Sharp-Jefferson said she “saw a movie where people made money on body parts after a person died,” the report said, according to Fox 5 Vegas.

Police have said it was unclear how the two daughters died.

Singleton added that he and Sharp-Jefferson had been together since 2018 and had not had any problems until she recently “started talking about the alter spirit world,” according to the police report.

But Singleton’s girlfriend insisted that she had been set up, saying she did not have any kids and didn’t even know Singleton, the Review Journal reported.

Officials said Sharp-Jefferson denied being under the influence of alcohol or drugs but said there may have been marijuana present in her apartment, according to Fox 5 Vegas.

Sharp-Jefferson appeared Tuesday before Justice Karen Bennett-Haron, who set another hearing for Thursday, when attorneys are expected to argue whether the suspect should continue to be held without bail.

In January 2017, Sharp-Jefferson pleaded no contest to a misdemeanor destruction of property charge, and the case was later dismissed.