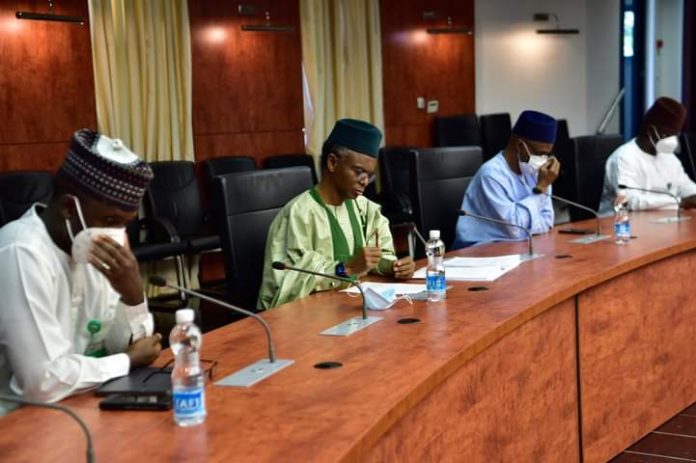 Zazzau Emirate to Split into 3

Speculations are rife that the governor of Kaduna State, Nasir El-rufai may have eventually found a way around the impasse that has shrouded the appointment of a new emir for the Zazzau Emirate.

The governor, while presenting the 2021 budget before the state house of assembly on Tuesday, categorically said his administration was working on the chieftaincy and traditional council bill which will be forwarded to the House.

“We shall be approaching the house with more bills to further strengthen governance in the state”, he said, adding that one of such bills “will entrench the reform of the chieftaincy system, specify composition and classification of emirates and traditional council and update the provisions of colonial laws and chieftaincy matters that we inherited.”

Sources within the government have informed Nigerian Sketch that a bill for the amendment of the emirates and chieftaincy is being prepared for onward submission to the state assembly.

Earlier today (Tuesday), the governor met with members of the Kaduna State Council of Chief at the Government House in Kaduna, and our souce said the meeting was in relation to the proposed chieftaincy bill.

Unverified information coming out of the state however indicates that the bill is proposing three new emirates in place of the monolithic Zazzau Emirate. These, according to the information, are Kaduna, Zaria and Kudan.

Things came to a head as the governor, who does not want to be seen as being autocratic, but who, in the same breath, wanted his close friend, Nuhu Bamalli, to be named as the Emir of Zazzau after the demise of the former emir, Alhaji Shehu Idris, failed to have his way with the kingmakers.

Repeated order by the governor to have the kingmakers to change their initial recommendation of three top candidates failed to yield the result the governor desired, hence this strategy to balkanize the Zazzau Emirate into three emirates to accommodate his friend, while still giving room for the kingmakers’ choice.