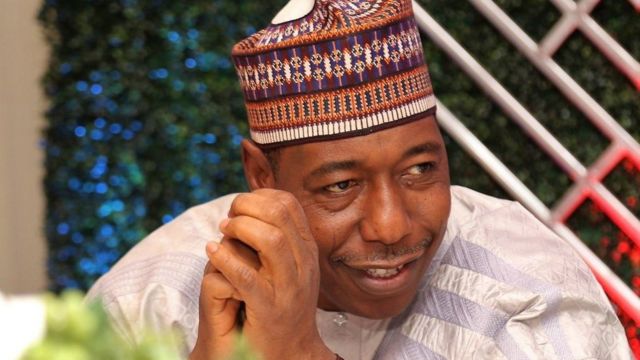 Borno State governor, Babagana Umara Zulum, has directed the immediate suspension of the Agency for Technical Cooperation and Development (ACTED).

The suspension followed a discovery on Saturday that French humanitarian non-governmental organisation was allegedly using a hotel in Maiduguri for training some aid workers on shooting was suspended.

Zulum’s spokesman, Isa Gusau, announced that the governor gave the directive for the suspension, saying the French NGO was found using toy guns and simulators in training exercises at a hotel located off the Circular Road in Maiduguri, the state capital.

Gusau said residents near the hotel had reported to officials that there were shooting activities from the hotel, and government officials reported the matter to the GRA Divisional Police Headquarters, which oversees the hotel’s location.

The police reportedly found some toy pistols at the hotel, while two trainers, both Nigerians, were arrested.

Pending the outcome of the police investigation, Zulum has directed the sealing of the hotel and ACTED’s suspension from any humanitarian activity in the state.

Gusau said Zulum “acknowledges and deeply appreciates the roles of credible NGOs which have been providing critical humanitarian interventions in different parts of Borno.

“He assured them of the government’s continued cooperation and support while also upholding obedience to prevailing laws, policies and rules guiding all activities and actions across the state,” the statement read.

But, two ACTED workers arrested by the police, Chinedu Charles and Abdullahi Mustapha, during interrogation said they were using the toy guns to rehearse for a drama in which they were to act as Civilian Joint Task Force members.

“I came out of the hotel with a gun held up in the air and within three minutes, the whole place was filled with people. The gun was a toy gun. We were using it for rehearsal. We were to act as Civilian JTF members in the drama,” Charles told the police.

Mustapha equally said, “The guns are toy guns. One of them was even broken. Women and children started running when they saw the guns. Our officers are French and they were there with us.”

Share your thoughts on the story Zulum Suspends French NGO over Alleged Firearm Training with Nigerian Sketch in the comments section below.