China Warns US it will Retaliate for ‘Reckless’ Sanctions 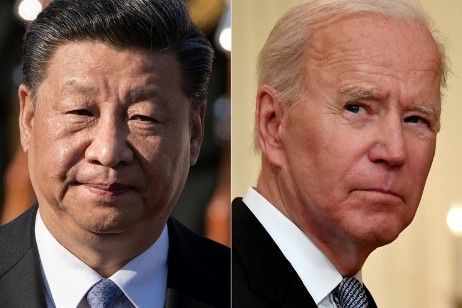 China Warns US it will Retaliate for ‘Reckless’ Sanctions

China has sent warnings to the United States that it would “strike back” in response to any “reckless” actions against its interests.

“We urge the US to immediately withdraw the relevant wrong decision and stop interfering in China’s internal affairs and harming China’s interests.

“If the US acts recklessly, China will take effective measures to strike back resolutely,” Wang said during a news conference in Beijing on Monday.

The measures are the latest in a raft of sanctions timed to coincide with Biden’s two-day virtual Summit for Democracy, where he announced initiatives to bolster democracy around the world and support for pro-democracy legislation in the United States.

On Monday, Wang vowed that Beijing “is unwavering in its determination to defend national sovereignty, security, and development interests”.

He also defended China’s policy in dealing with the Muslim Uighur community in the autonomous region of Xinjiang, saying it is determined “to combat violence, terrorism, separatism, and religious extremist forces”.

“The perverse actions of the United States cannot destroy the overall shape of Xinjiang’s development, stop China’s progress, or reverse the trend of historical development.”

Among those targeted by the US Treasury for sanctions was the Chinese artificial intelligence company SenseTime, accusing it of having developed facial recognition programmes that can determine a target’s ethnicity, with a particular focus on identifying ethnic Uighurs.