NASS ready to bow to Buhari on Electoral Bill 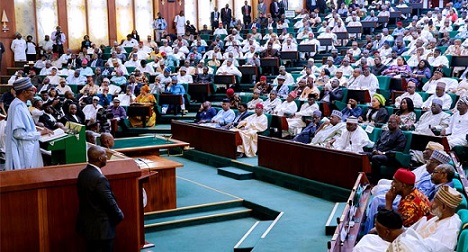 NASS ready to bow to Buhari on Electoral Bill

The two chambers of Nigeria’s National Assembly have indicated their readiness to rework the Electoral Act (Amendment) Bill 2021 in line with President Muhammadu Buhari’s dispositions.

President Buhari vetoed the Bill, and the National Assembly has said it will exercise its powers to override him.

Chairman of the House Committee on Treaties, Protocols and Agreements, Hon Ossai Nicholas Ossai, said in Abuja on Thursday while featuring on a political programme aired by Armed Forces 107.7 Radio, that all the reasons adduced by President Buhari for refusing assent to the bill are valid, genuine and reasonable.

He said the president consulted widely and acted wisely by refusing assent to the bill which, according to him, would have made party primaries chaotic and fraudulent in the country.

“Despite not being in the same political party with Mr President, I align myself with his position on direct primaries. It shouldn’t have been the only option given in the rejected legislation based on past nasty experiences.

“What is left for both chambers of the National Assembly to do now, is to on resumption next week, widen the scope of provisions in section 87 of the bill as requested for by the President by adding indirect option to the Direct one only recommended in the rejected bill.

“The President’s fears are genuine as there are no valid membership registers by any of the political parties now which is the main basis upon which direct primaries can be credible.

“Besides, there is no democracy in the world, where direct primaries is imposed as single option of election for party candidates. The mostly applicable one is Direct – Indirect System where delegates will be elected and later converged to elect candidates of party for general elections.

“As it is now and going by direction of debates on Clause 87 of the Electoral Bill, both chambers of the National Assembly will surely concur with the position of the President on resumption next week,” he said.