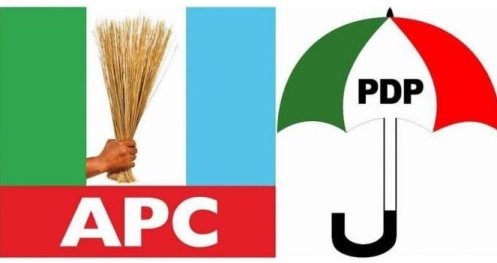 Nigeria’s foremost opposition party, the Peoples Democratic Party (PDP), has said Nigeria is fast assuming the status of a beggar nation under the administration of President Muhammadu Buhari.

PDP’s national chairman, Dr. Iyorchia Ayu, explained that foreign loans taken under the administration have transformed the country into a beggar among nation states.

He also said his party has the capacity to bring the country back from the brinks if voted in 2023.

Ayu told BBC Hausa during the weekend that PDP has organised a workshop for its newly elected officials, to keep them abreast of ways to confront insecurity in the country.

He said “The situation in our country is so bad that anyone on a journey from Abuja to Kaduna, whether by road or by rail, would not have a peaceful mind.

“It is a must that we right the wrongs in our party to get people’s support. Every side must be given the chance to comment so that together, we work in unison to achieve what the people desire,” he said.

But a chieftain of the All Progressives Congress (APC), Osita Okechukwu, said PDP lacks the moral latitude to promise Nigerians a better deal. He argued that Nigerians are assured of sustainable development if APC continues to rule.

“How can Nigerians trust our sister political party, the PDP, given their antecedents, riddled with trust deficit? We know that times are hard. Methinks, it is better to allow APC to fix Nigeria. Where does one start from?” he asked.

Citing alleged misapplications of funds when the PDP ruled the country, he recalled how Kassim Afegbua alerted the Economic and Financial Crimes Commission (EFCC) of corruption in the opposition party.

He said: “Can we forget the squandermania of the $23 billion Greenfield Refineries – one meant for Lagos, one for Kogi and one for Bayelsa? A golden opportunity cost to our economy.”

“Recall that on March 19, 2015, Conference of Nigerian Political Parties (CNPP) queried Dr. Ngozi Okonjo Iweala, then Minister of Finance thus, ‘May we under the Freedom of Information Act 2011, request the full disclosure of transactions concerning the three Greenfield Refineries and petrochemical plant contracts awarded on May 13, 2010, by President Goodluck Jonathan to Chinese State Construction and Engineering Corporation Limited (CSCEC) at $23 billion, meant to be located at Bayelsa, Kogi and the Lagos States’.

“The Greenfield Refineries fiasco happened when our Excess Crude Account had over $40 billion and the China State Construction Corporation even upped their equity to 80 per cent. The unfortunate outcome is that $15 billion was fleeced off our national treasury yearly for the importation of refined petroleum products for over a decade.”