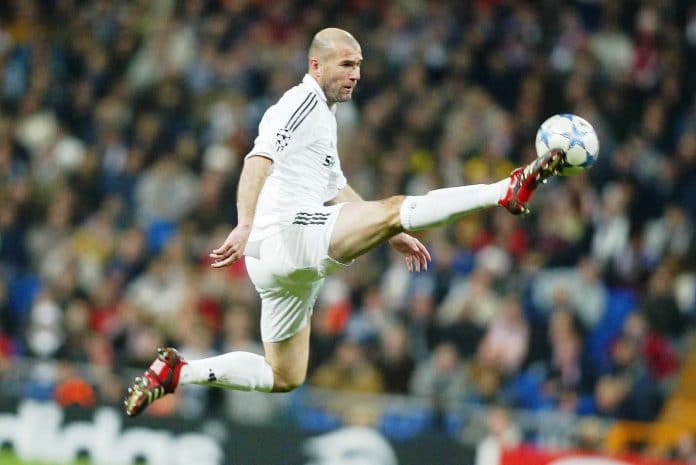 Real Madrid boss, Zinedine Zidane has named Manchester United legend, Paul Scholes, as the toughest opponent he has ever played against in his playing days.

Zidane confessed that Scholes was an “extremely tough opponent to play against”, saying he regretted that the opportunity to play alongside him “never presented itself during my career.”

Zidane, 48, is applauded as one of the best midfielders of all time alongside the likes of Scholes.

The Madrid boss told The Daily Mirror that “It’s only natural to want to select your best players and there is no doubt for me that Paul Scholes is still in a class of his own.

“He’s almost untouchable in what he does. I never tire of watching him play. You rarely come across the complete footballer, but Scholes is as close to it as you can get.

“One of my regrets is that the opportunity to play alongside him never presented itself during my career.”

Zidane went on to explain why the former England international was the “type of player you want on your side.”

The World Cup winner said: “He was an extremely tough opponent to play against.

“You didn’t get any time on the ball when he was around. He would close you down and make your life terribly uncomfortable.

“He is the type of player you want on your side, not in opposition because he could do so much damage.

“He is very gifted. He makes the game look easy because he’s so much natural ability.”

Both players had extraordinary football career and made memorable marks in the history of the round leather game.

Zidane’s legendary playing career saw him capture a La Liga title and the Champions League during his time at Real Madrid. He won two Serie A titles with Juventus and also lifted the World Cup and Euros with France on the international stage.

How well do you know Paul Scholes in his playing days? Do you thinks he deserves the accolade showered on him by Zinadine Zidane.

Share your thoughts with Nigerian Sketch in the comments section below.